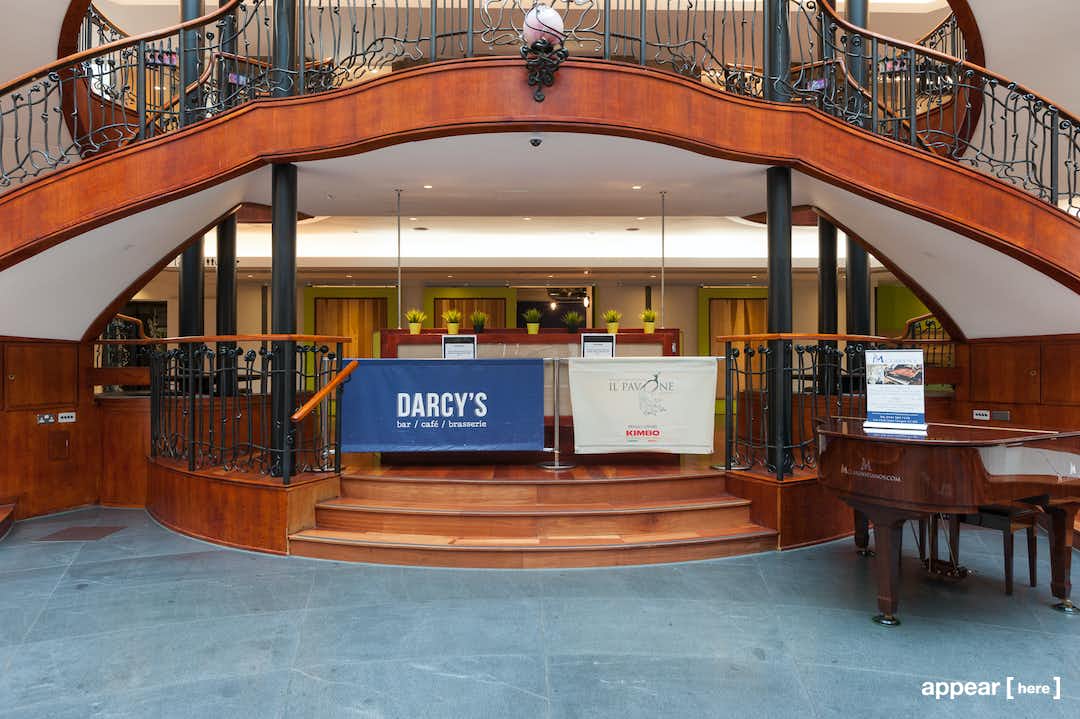 Princes Square is home to the likes of Whistles, Cos, Vivienne Westwood and Crabtree & Evelyn. Popular stores which all cater to Glasgow’s crowds of insatiable shoppers – after all, this is the city with the highest retail spend outside of London. Not only does Princes Square have the best boutiques, but it offers two floors of dining for hungry shoppers. That’s where you come in.

This F&B space is next door to Pizza Express and is medium-sized with a quirky layout. A double staircase forms the central part of the restaurant, with lots of room for seating all around and a large working kitchen towards the back. It’ll need painting and rebranding, but it’s an impactful space.

Think about ways to announce and promote your launch to shoppers not just in Princes Square, but across Buchanan Street and the wider area. Queen Street and Central Stations are both within easy walking distance of here.

This is an internal space within the mall, so there are no windows.