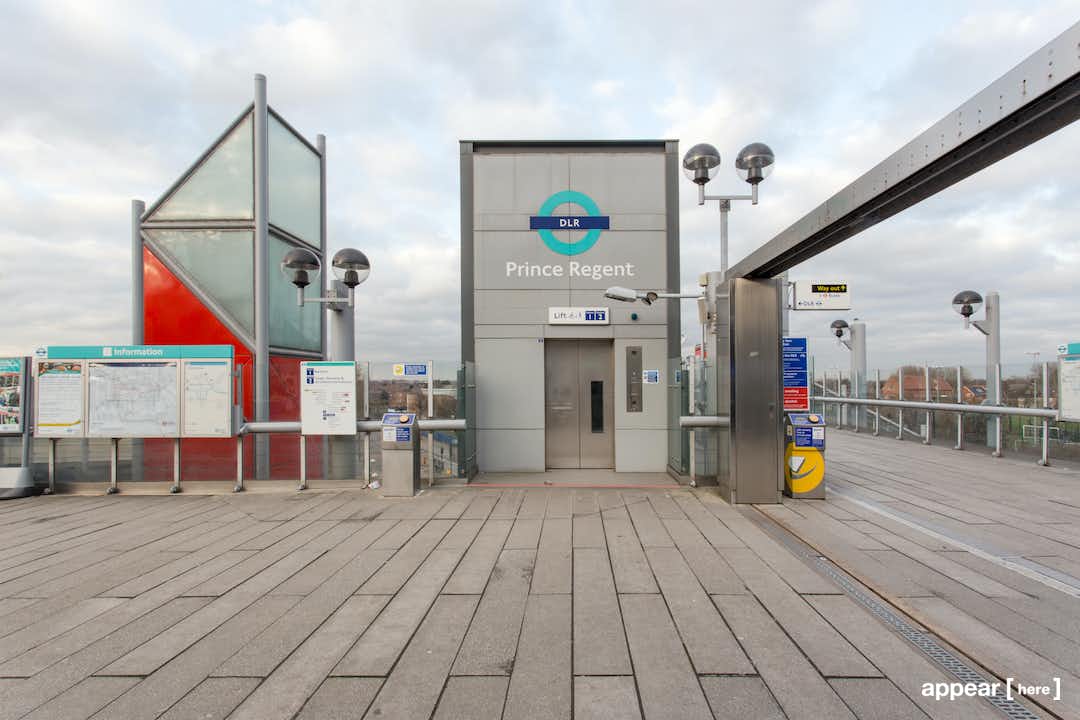 The 100-acre ExCel centre is where events as diverse as London Comic Con, the Festival of Genomics and the National Wedding Show take place, and it even played host to boxing, weightlifting and table tennis events at the 2012 London Olympics. Prince Regent DLR sees nearly three million people pass through each year. This large activation space will allow your team to spread out over the station’s entrance and overbridge and engage directly with exhibition attendees in their numbers.

Well, you’ve got us there! The kind of people you’ll encounter will totally depend on what’s happening at ExCel. Most events kick off at 10am, so mornings are going to be the busiest part of the day. The centre has eight onsite hotels and a huge of selection of bars, restaurants and eateries (22 in total), so not everyone will leave as soon as the event is over.

Behind the station, away from ExCel, is mainly residential, with some schools and convenience stores. ExCel’s onsite offerings include E16 Bakery, Starbucks and the China Palace Restaurant, and hotels include the DoubleTree by Hilton ExCel and Premier Inn London Docklands.

No parking at the station and there are limited spaces on the street. There is a lift that can be used for deliveries.

No storage but large spaces are available.

This is a unique outdoor space for experiential events and retail. Brands must provide and set up their own promotional equipment.