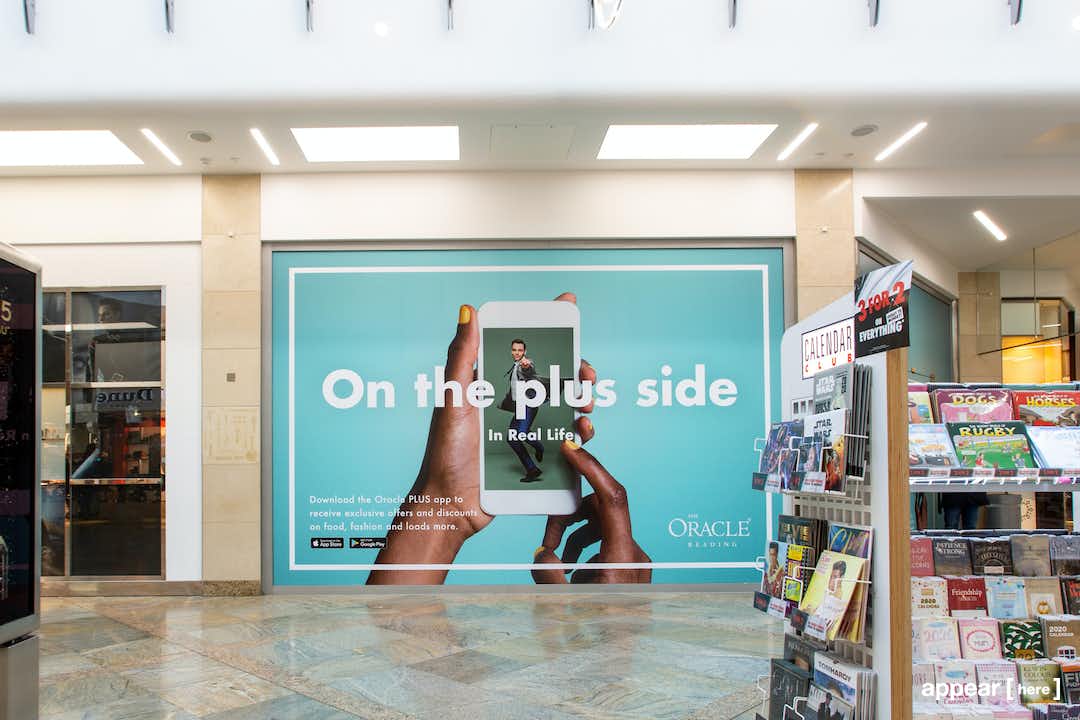 More than 20 years after it opened, The Oracle is still a hit with Reading’s shoppers, attracting 15 million visitors per year with its fashion-focused mix of big-name and upscale brands, such as H&M, Hobbs and Hugo Boss. On the ground floor of this popular mall, this large corner unit with fitting rooms and storeroom will put you near House of Fraser, one of The Oracle’s anchor stores.

You’ll find The Oracle in the centre of Reading, 15 minutes’ walk from the railway station, making it easily accessible for the town’s largely well-off population and folk from around Berkshire and beyond. Numbers reach their peak on Saturdays, with Sundays being the second-busiest day. Weekdays can be a lot quieter, especially in the mornings, but you’ll still see a steady stream of shoppers passing through.

The shop is in between Zara and Pravins, a luxury, family-owned jewellers. Opposite are Dune, Beaverbrooks and Lush; House of Fraser and H&M are close by.

This is quite a large space, so it won’t suit all brands.