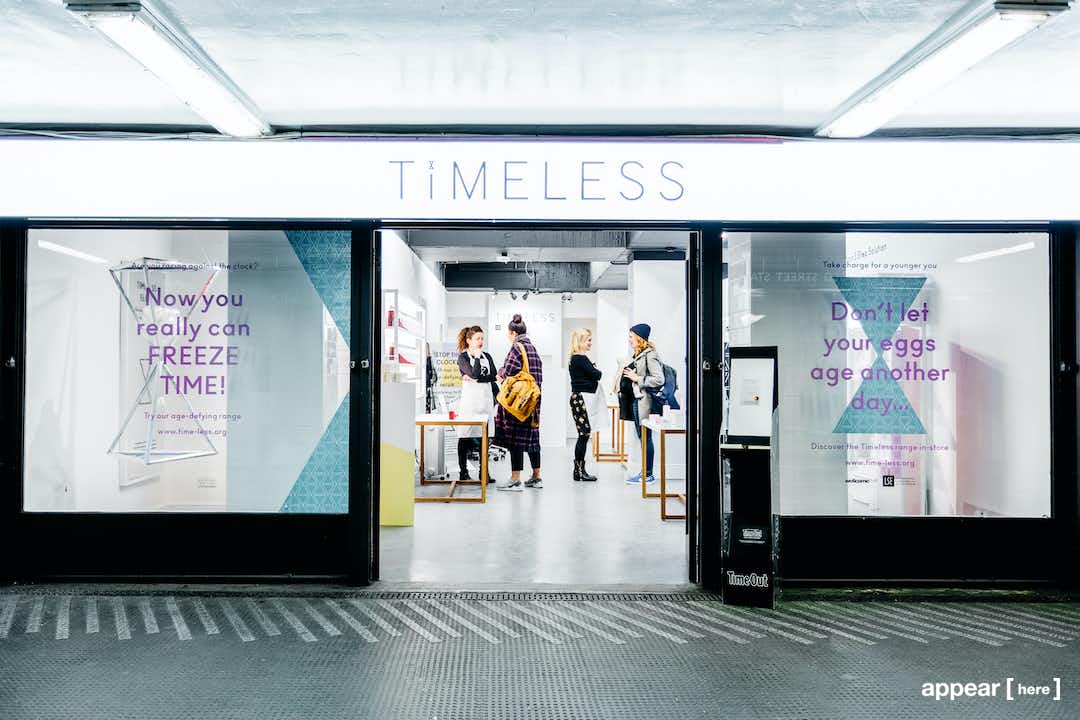 Old Street Station is the world’s first underground station dedicated to innovative retail and immersive brand experience. This white-boxed retail space is opposite the turnstiles in the station, placing you in front of thousands of commuters every day. It comes with electricity, access to water, space for storage, and a lightbox with a panel available for branding. It can be rented by the week.

You’re next door to Nincomsoup and a convenience store, and by the entrance to the roundabout event space. We’ve got other pop-up spaces further along, view them here.

Each space can be rented by the week.

Check-in occurs from 4-5pm on Sundays.

Check-out occurs from 3-4pm on Sundays.

As it's underground, there are some conditions that are outside of the Landlord's control. It's recommended that stock is covered overnight to protect from dust blowing up from the tracks.