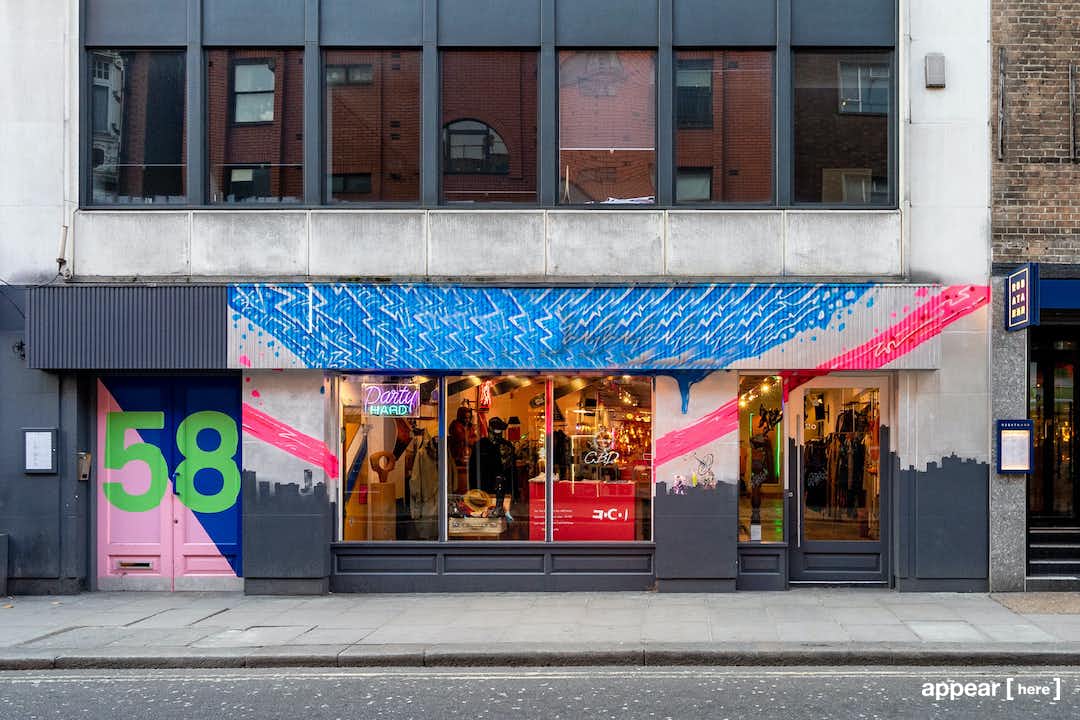 What lies beneath the streets? A secret hideaway amongst the madness of Soho, this self-contained basement space to rent has been sitting quietly beneath forward-thinking fashion brand Never Fade Factory, waiting for an injection of life so that it can join the party outside. Space in Soho will forever be valuable; this is one of the biggest basements of its kind in the area, enjoys private access from the street and being located in the middle of one of London's busiest districts it is a rare opportunity, perfect as a showroom with edge or for technology/VR showcases. Key into the energy of the streets above and you'll be flying.

The people that walk the streets of Soho are a clued-in bunch, and know that secrets can be hidden around any corner. The luxury of passing through a secret door will appeal to those in the know, and the sheer amount of people passing by (60,000/day) means you're certain to attract the inquisitive if your advertising is right. With Soho's broad appeal, all ages (minus the very young and very old) will be passing by, all eager to interact with something new on the scene. Tourists especially will be wowed by anything eye-catching and rare, whilst Londoners will make special effort to travel if they know you're in the area.

The joy of Soho is its eclecticism. Establishments are bold, fabulous, and stylish, have hints of theatre and are defiantly individual. An opticians, two restaurants, famed Algerian Coffee Stores and the Admiral Duncan pub are your neighbours - and that's just one side of the street. Opposite you have Ryness Lighting & Electrical, Poppie's Fish & Chips, Maoz Falafel, an ice-cream parlour and classic corner-store - and a swathe of bars and eateries line the streets wherever you turn beyond, with boutique stores and fashion shops appearing at discreet intervals.

The space is currently pretty raw, and will need some TLC to get it up to a presentable state. Either that, or you can use its rustic aesthetic to your advantage - creativity is key here.