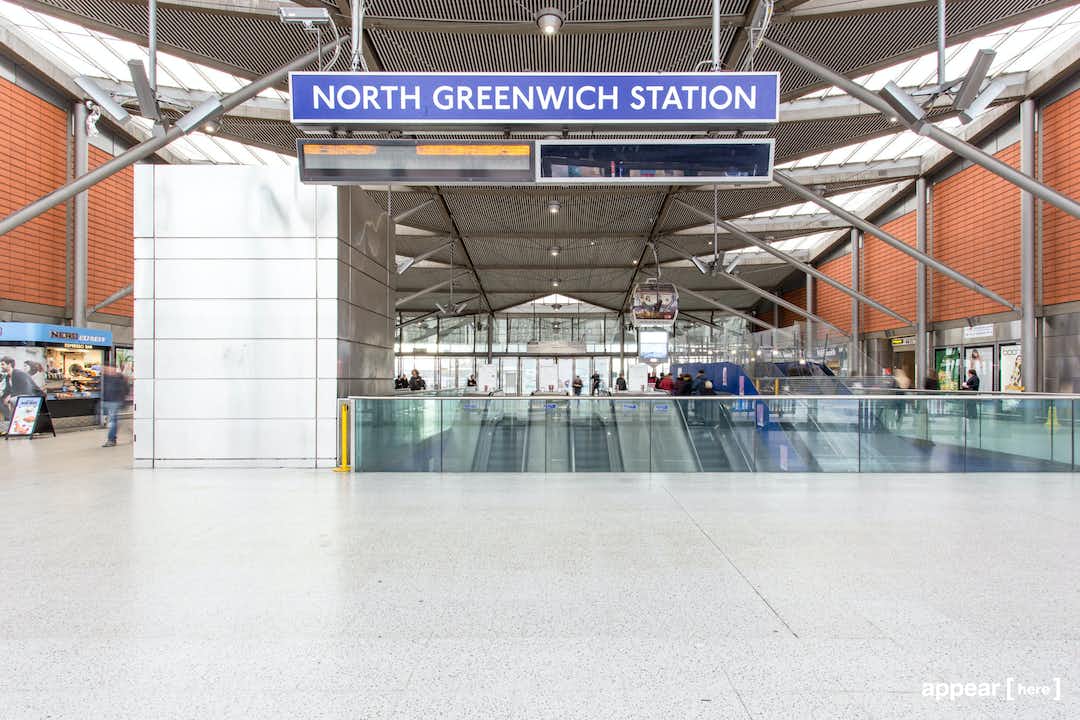 North Greenwich station is the gateway to London's most popular live music venue, the O2 Arena. This experiential space to let - suitable for experiential brand activations, promotions and sampling - sits at the top of the escalators within the station. Get your idea in front of some of the 26 million visitors that pass through the station each year.

The station is dominated by concert goers throughout the week and tourists and families visiting Odeon cinema, Hollywood Bowl and the many restaurants within the Arena. London's busy commuters make their way to and from work during rush hour between 8am-9:30am and 5pm-7pm.

A two-minute walk from the station, the Arena is home to a swathe of chain restaurants and bars including Five Guys, Gaucho, Wasabi and Nando's among others. It's also home to plenty of interactive family-friendly experiences, including The Nissan Innovation Station and Sky Studios.

No Parking at the station, parking is controlled by Bus Station but can be used for deliveries

Anything involving fire or water will be declined.