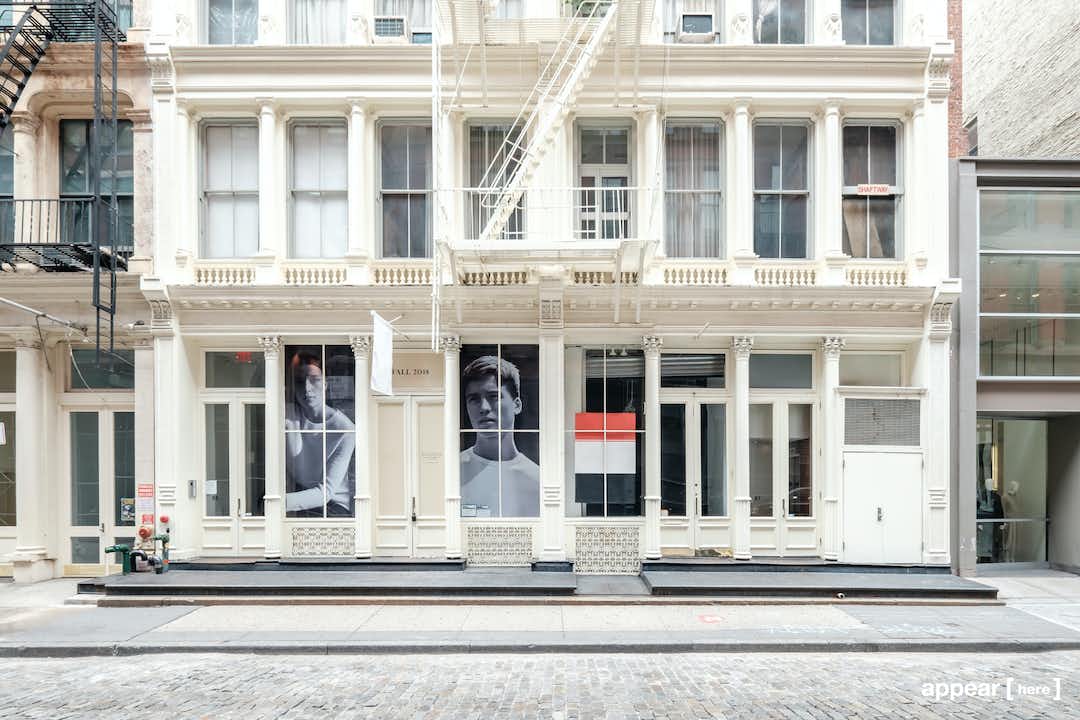 In the epicenter of Soho’s Cast Iron District, Mercer Street offers a great atmosphere of class and casual rolled into one and is known for its eclectic and trendy ambiance. Running through the cobblestoned block between Spring and Broome, this modern and recently renovated retail shop to rent has high ceilings and over 20 feet of frontage space.

Tourists and locals exploring the area with money to spend. Many who wander down Mercer are avoiding forever bustling Broadway and are shopping for designer brands. Weekdays and weekend afternoons are when you will see the most crowds with prime-time shopping hours in full swing. The nearest subways are the Broadway-Lafayette and Prince Street stations where you can catch the R & W.

Next door is Vince, a clothing and footwear store specializing in luxury basics for both men and women. Along the rest of the street is a string of small high-end brands including Ugg, Kate Spade and BCBG. On the corner of the block is a pop-up store and gallery for Ontisuka Tiger, the oldest shoe company in Japan, which will be present until December and is attracting many sneaker enthusiasts to the area. The block directly behind Mercer is Broadway, one of NY’s most prominent shopping streets with big-name brands nearby such as Bloomingdales, Levi’s, and Topshop.

The space is available to book for a minimum of one week and a maximum of six months.

Mercer street can get quiet at times, but it's all about quality not quantity here after all.