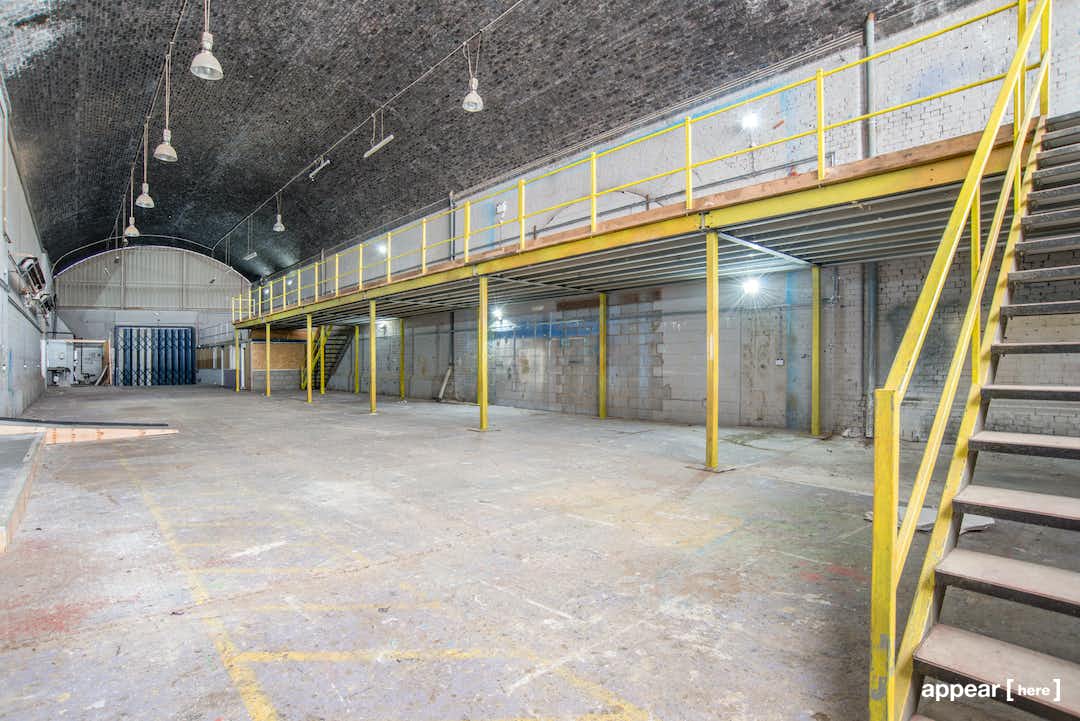 Manchester’s Mayfield depot has a long and colourful history. Most recently, it's been used as the place for the Manchester International Festival and Manchester City FC’s end of season party. And within this huge, industrial building is this self-contained retail space to let with a mezzanine housed in an atmospheric archway.

You’re a six-minute walk from Manchester Piccadilly station and a stone’s throw from the busy Mancunian Way, but there’s not much to bring people here on weekdays apart from a co-working space and student halls nearby. During the summer months, street food fair Grub (next door) draws roughly 2,000 people to the Mayfield area every weekend. On Friday evenings and Sunday afternoons a guided tour of the depot brings tourists and locals to the area.

Licence: A1 and premises.

The space is available to rent for a minimum of 1 day.

Any redecoration and renovation plans must be approved by the Landlord beforehand.

This old building is a little rough around the edges, so it won’t be for everyone.

You’re in the middle of the city, but still a bit off the beaten track so you’ll have to let people know you’re here.