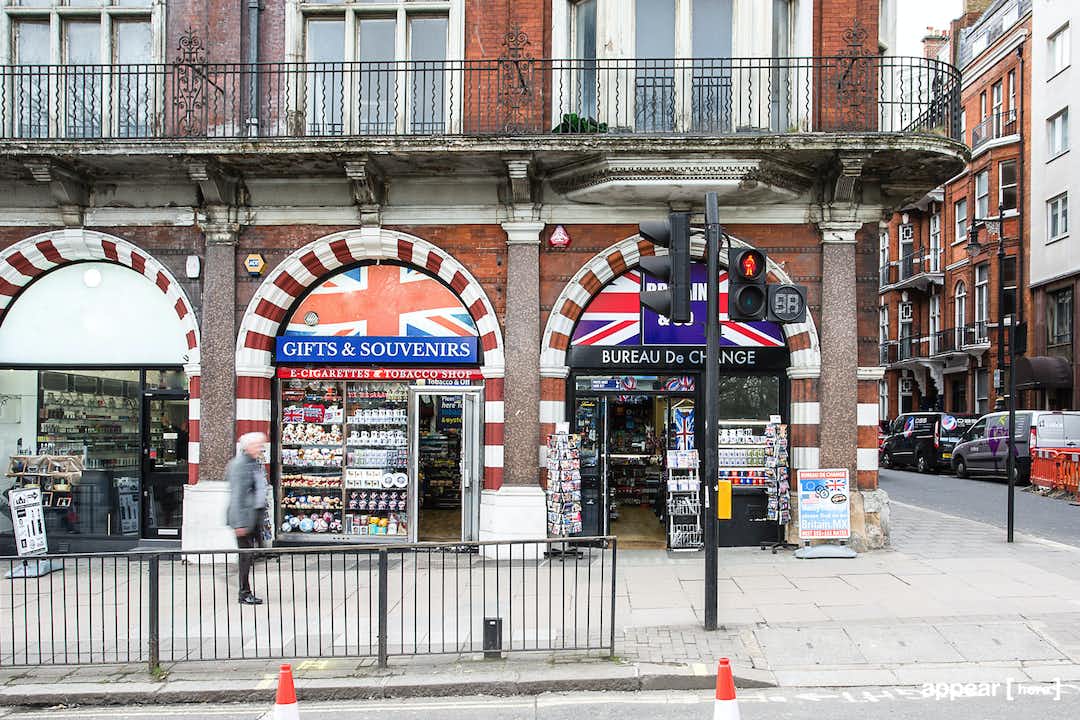 Cutting across one of London’s most exclusive districts, Piccadilly is home to famous landmarks like The Ritz and The Royal Academy of Arts. Set up shop next to the likes of Fortnum & Mason and London's oldest bookshop, Hatchards. Occupying a corner spot opposite Green Park, this shop to rent comes with a large basement space.

The space is surrounded by hotels and sightseeing hotspots like Buckingham Palace, as well as having the restaurants and boutiques of Shepherd Market behind, so there's a good mix of professionals and tourists. In the mornings and evenings, workers rush from Green Park station (two minutes’ walk away) to Curzon Street’s “hedge fund alley”. On weekends, Hyde Park draws plenty of Londoners and tourists to the area.

Ollie Dabbous’s new venture, Hide, is opening a few doors down. A souvenir shop is your next door neighbour, followed by Vape Palace and the Herrick Gallery, and an English Heritage blue plaque to mark the former home of two-time British Prime Minister, Lord Palmerston.

The space is available to rent for a maximum of three months.

We don't have a floor plan for this space yet, so don't forget to bring a tape measure to your viewing.

There will be scaffolding on the exterior of the building until August 2018. Get creative with signage to make sure you stand out.