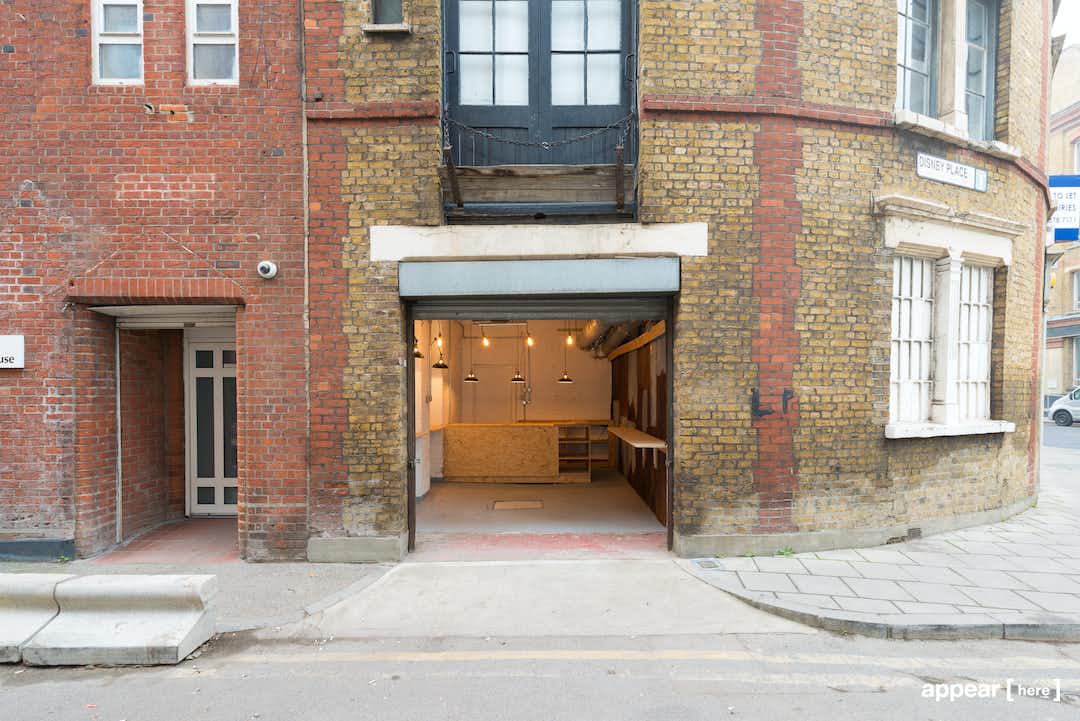 Immortalised in Charles Dickens' classic tale Little Dorrit, the area around Marshalsea Road is famous for the 19th century prison of the same name. Many of the surrounding streets have names inspired by the story, and the architecture remains Victorian and industrial feeling. This unique retail space - a former 19th century egg factory - is just seconds from Borough Station and less than half a mile from London Bridge and Borough Market. The space can be entered via Marshalsea Road but has its shopfront – a garage door – on Disney Place. The unit itself is painted grey and white, with rustic features: filament lamps, plywood shelving and corrugated iron across one wall. It'll make a cool workshop/shop space that would be great for upcoming brands and designers. This is a centrally placed that's mostly full of flats and offices, with new developments popping up all the time. Establish your idea with those working and living in Southwark.

The unit is currently a lock-up unit with no retail frontage.