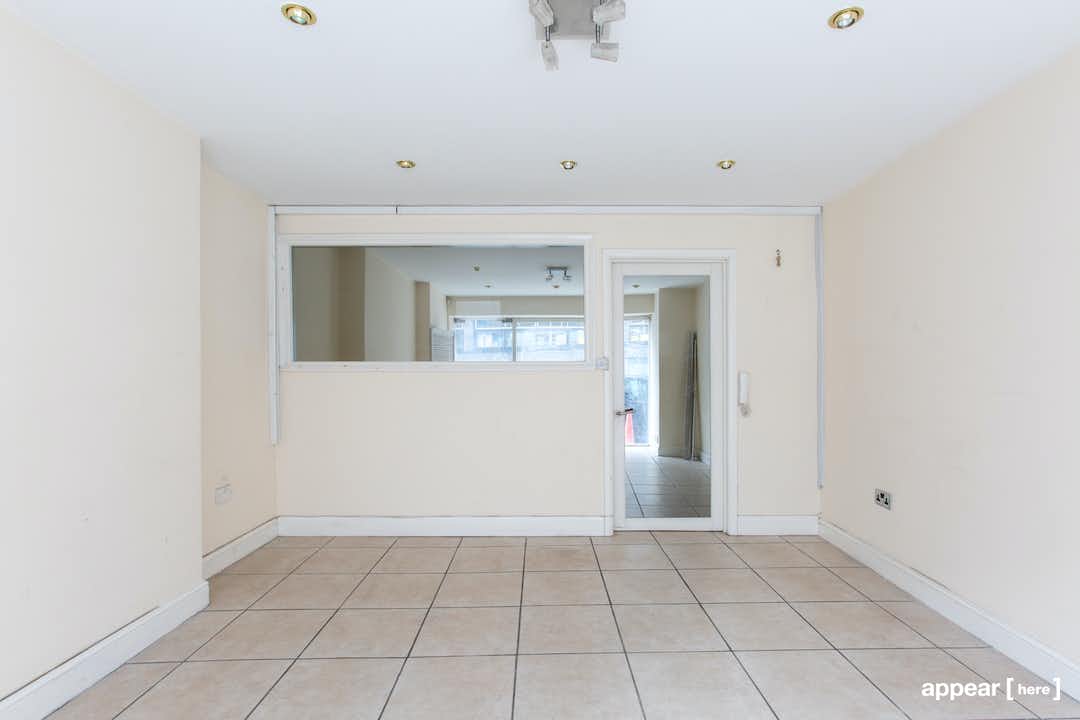 Bordered by Oxford Street and Tottenham Court Road, Fitzrovia is the best of both worlds: right in the middle of things, but with an urban village vibe. In the shadow of the BT Tower, and around the corner from Warren Street tube, Maple Street is a hub of student halls and creative agencies – and among them you’ll find this shop to let with great street frontage and a small storeroom to the rear.

Commuters heading to and from Warren Street station (a four-minute walk from you) and the creative folk that work in the surrounding marketing and advertising agencies are going to make up most of your weekday crowd. While Maple Street isn’t going to be on any tourist’s to-do list, you’ll still see some pass you by as they wind their way through Fitzrovia from their hotels. With three universities and a couple of student halls nearby, expect to see a few academic types, too.

You’ll be next door to Radio Works, the UK's largest independent radio and digital audio advertising agency, and over the road from Earnest, a marketing agency. Next door but one, Simmons Bar gets lively with post-work drinkers on Thursday and Friday nights. Fitzroy House, Scientology founder L. Ron Hubbard’s former London home, is around the corner.

You can make changes to the space.

This end of the street is a little tired and run down, but there are plenty of new developments in the area.