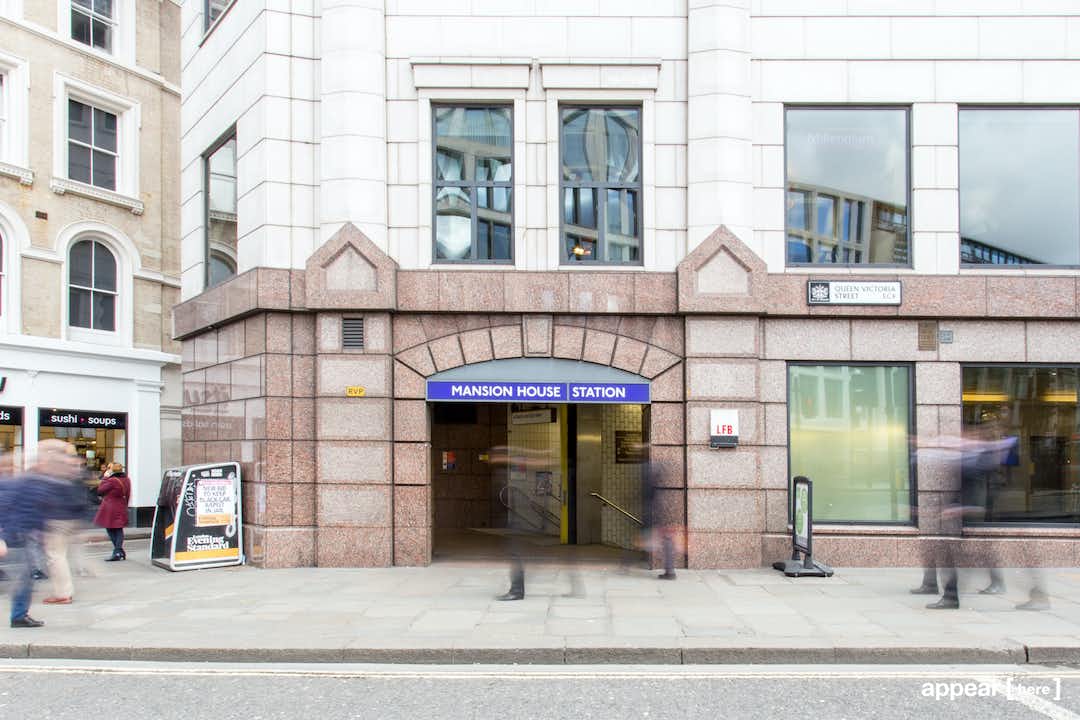 In the middle of London's Square Mile next to St. Paul’s Cathedral, Mansion House station takes its name from the Lord Mayor of London’s Grade I-listed official residence. And although it’s small fry in comparison to some of London’s bigger stations, it still sees more than six million people each year. Make an impact with this small experiential and promotional space on the left side of the stairs of exit 1.

From the 1800-year-old Temple of Mithras to its Christopher Wren-designed churches, this area is steeped in history, so you’ll get a few tourists amongst the City workers. The lovely Bow Lane and its shops, bars and restaurants keep people around after office hours. Tuesdays are particularly buzzing, when Mansion House opens its doors to the public.

Behind the station on Cannon Street is the new Bloomberg Arcade, a haven for foodies with Caravan, Bleecker Burger and Vinoteca. Surrounding the various exits are the office buildings of large corporations, the Three Cranes gastropub and the lunchtime seafood restaurant, Sweetings.

No parking available at station, it's suggested that promotional equipment should be delivered the night before.

Space for storage in the leaflet room.