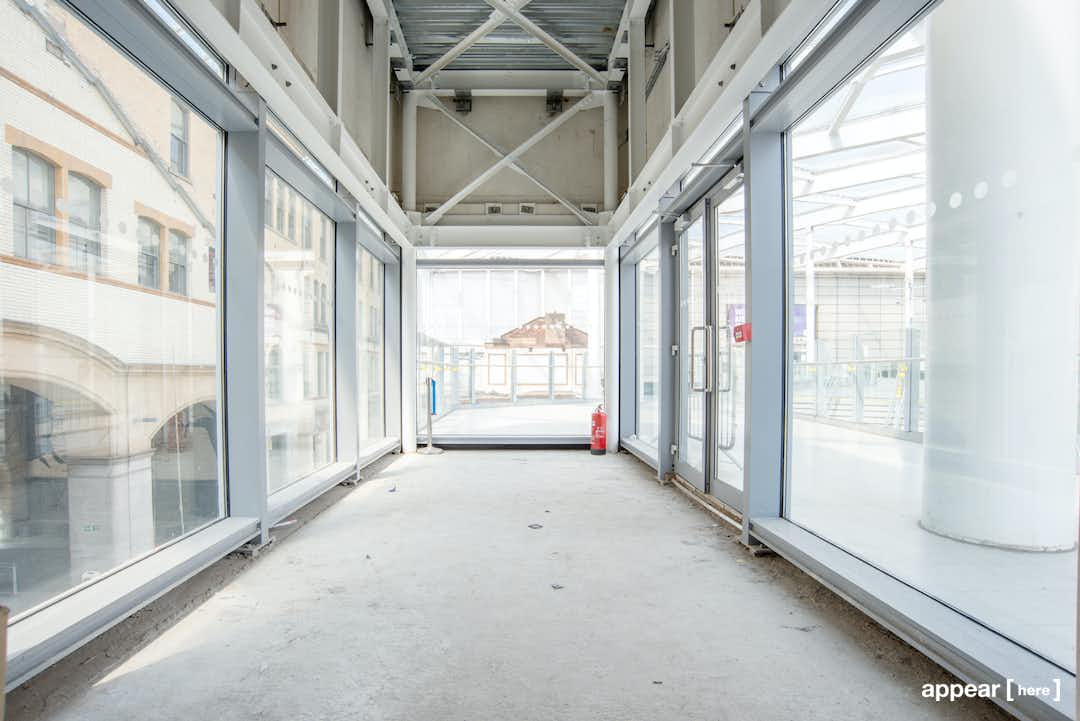 As well as serving the city’s famed Northern Quarter and central shopping hub, Manchester Victoria station is attached to the neighbouring Manchester Arena, one of the world’s busiest and biggest entertainment venues. On the upper concourse of the station, this glass box space is placed right near the entrance to the Arena, making it an ideal spot for a bar or brand activation on days when there’s an event taking place there.

The station sees approximately eight million passengers pass through its gates every year. However, on the upper concourse, the majority of people you’ll see are those attending an event at the Arena. On these days, the ground floor bar gets pretty crowded, so a bar concept up here would really help ease the strain. With the likes of Arctic Monkeys and Britney Spears scheduled to play soon, you won’t be short on revellers.

You’ll be above Greggs on the ground floor concourse, and next to the Arena entrance.

There is an alcohol licence for this space but the brand will be responsible for ensuring they are a personal license holder and the DPS for this space.

A1 and premises licence.

There will be a higher rate in place for the month of December and the landlord may ask for a month long booking.

Your position on the station’s upper floor would make this spot less suitable for retail.

The Landlord would prefer bar concepts on event days.