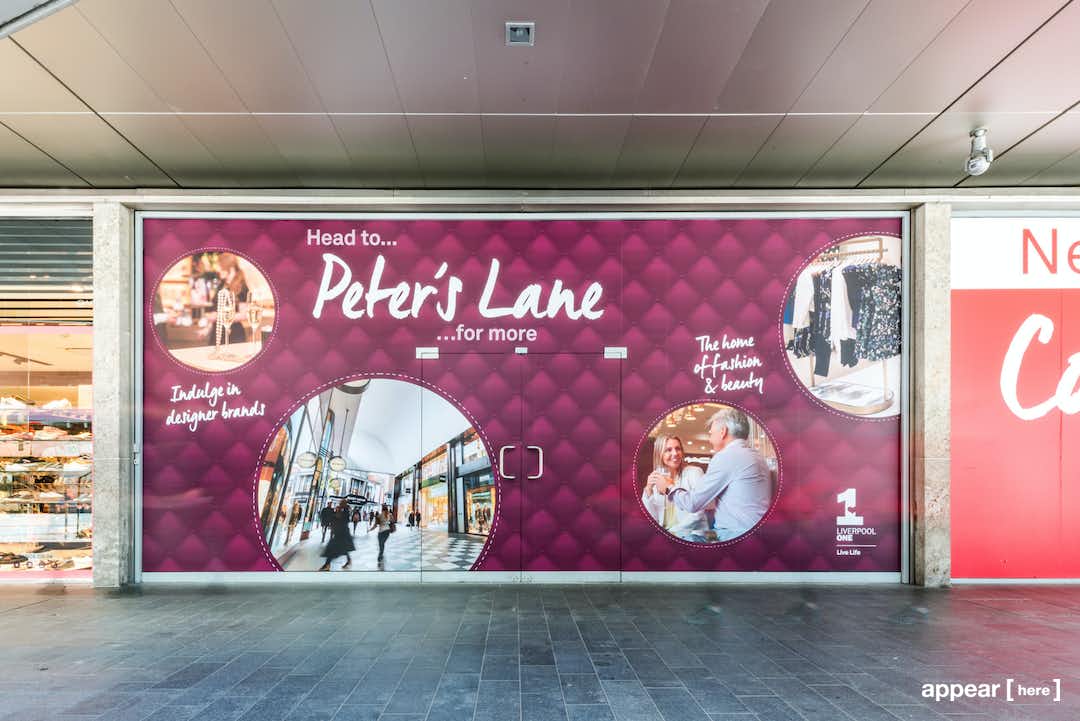 Home to over 170 high street shops, restaurants and bars, this huge city centre complex attracts around 27.5 million visitors per year. Let your brand say hello to them in this large blank canvas of a space on South John Street, Liverpool ONE’s go-to place for big fashion brands including Office, Zara and Hollister, as well as anchor stores John Lewis and Debenhams.

Liverpool ONE attracts shoppers from all over the city and across the North West, plus tourists making their way to and from the Albert Docks and Tate Liverpool nearby. On weekdays, lunchtimes are the busiest times as local workers join the numbers enjoying a browse around the shops, although Liverpool ONE’s cinema and choice of restaurants keep people coming in the evenings. Saturdays and Sundays are when footfall is at its highest, however. Liverpool ONE is five minutes’ walk from James Street station and 15 minutes from Liverpool Lime Street.

You’ll be next door to Office and opposite Adidas, Card Factory and a Lego shop. South John Street is also home to department stores Debenhams and John Lewis, plus Victoria’s Secret and & Other Stories.

Liverpool ONE is over 170 stores, bars and restaurants, an 18-screen cinema, and indoor golf course spread over 1.65 million sq. ft.
Annual footfall is 27.5 million, with a 2.26 million catchment resident population.

Liverpool ONE is home to the UK’s first Beauty Bazaar, Harvey Nichols.

Usage and Style will need to be approved by Landlord

There are a couple of vacant units next to you.