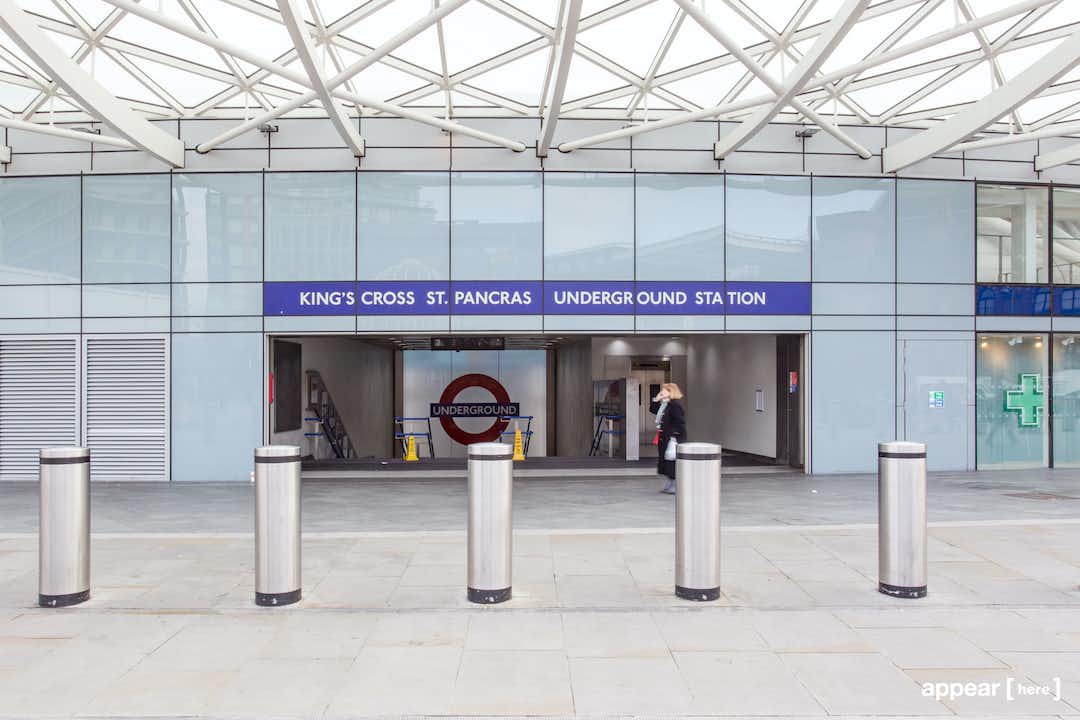 Recent regeneration has helped King’s Cross shed its grimy image and emerge like a shiny new thing; no longer just a transport hub, but a destination in itself. Underneath the revamped mainline station, London’s second busiest Tube stop sees 95 million people per year swarming through its entrances and exits – an increase of nearly 30 million since 2008. If it’s attention you’re after, then you’re sure to get it in this pop-up experiential space in the station’s bright and spacious Northern Ticket Hall.

Maximum 4 people allowed in the space.

No parking at station, deliveries are made via the front of the National Rail station on Euston Road or at the side on Pancras Road, N1 9AL.

Possible storage available, to be considered on a case by case basis.
From 3783/day
Dates