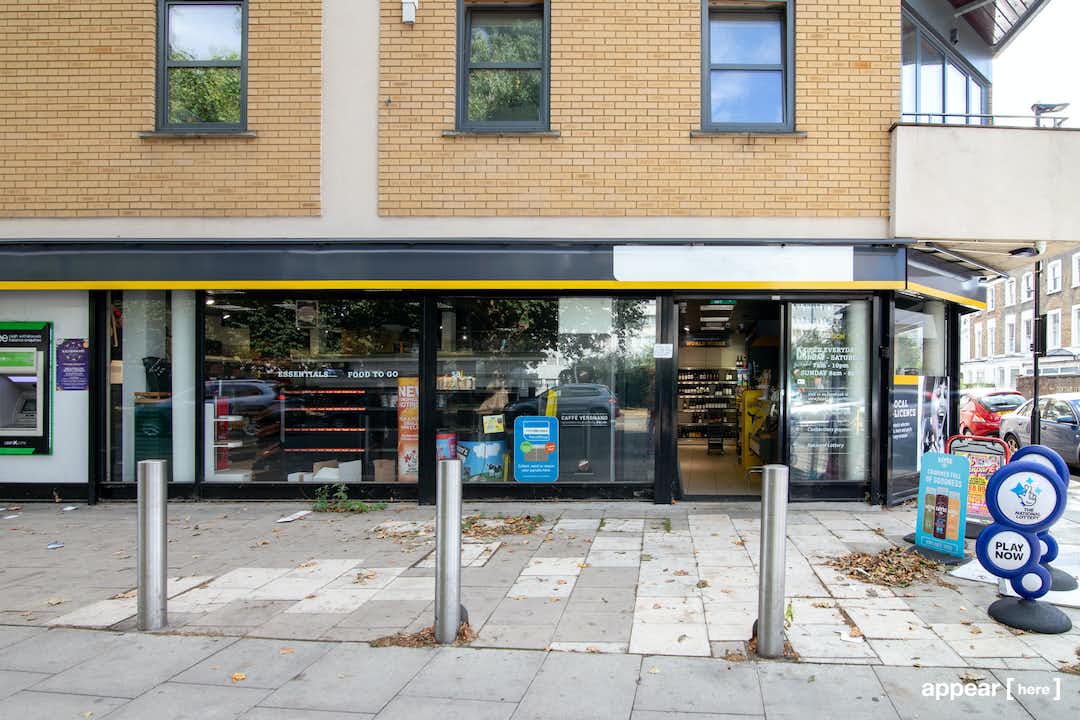 This street connecting Crouch End and Holloway is probably best known for being home to the Emirates Stadium, a mecca for Arsenal’s legion of fans who flock here for match days and guided tours. Less than five minutes from the football ground, this large retail or F&B space to rent comes with a coffee machine, under counter fridge, shelves and freezer (which will be removed before you move in), and is fully fitted with shutters, lighting and three phase electricity.

On match days there’s a bit of a buzz on Hornsey Road as Arsenal supporters (locals and tourists) make their way to and from the stadium and the popular pre-match pub The Tollington. Nearby neighbourhood restaurants such as the Ethiopian eatery Wolkite and Chinese canteen Xi’an Impression are a draw for local diners in the evenings, especially Saturdays and Sundays. Holloway Road Station is a seven-minute walk.

You’ll be on the ground floor of an apartment block, neighbouring residential properties. Opposite and on the other side of a small green is a row of shops, takeaways and restaurants including Domino’s Pizza and Wolkite Ethiopian.

The space is available to rent for a minimum of one month.

Renovation and redecoration is allowed, but the shop must be returned as found.

The large space has a full glass frontage so there's nowhere to hide.

The space will be cleared out before you move in.