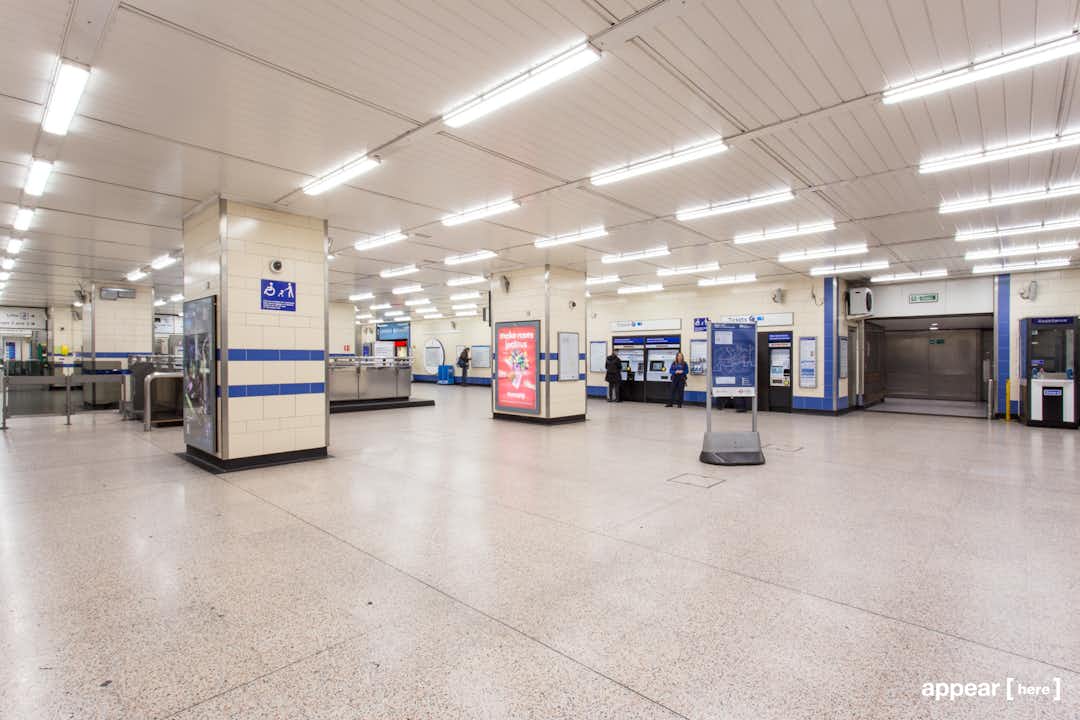 Connecting the UK to over 190 destinations, over 70 million passengers pass through Heathrow Airport every single day. And located in Heathrow’s Terminal 1-2-3 underground station, this experiential space (in the ticket hall) will get your idea noticed by an international crowd as they come and go from the 'gateway to the world'.

Heathrow Airport is the third busiest airport in the world, and an international crowd of over four million people pass through this station each year. During the week, rush hour times are between 7am and 9am and 4pm and 7pm.

You'll be alone in the station but Terminals 2 and 3 (1 is closed) are home to luxury brands such as Hugo Boss, Bulgari and Hermès, as well as upmarket stores like Jo Malone, Paul Smith and Cath Kidston. The many restaurants and bars within the terminals include Caviar House & Prunier Seafood Bar, and Heston Blumenthal’s The Perfectionists’ Café.

Storage only available upon application

This is a unique underground space inside the ticket hall of Heathrow's tube station. Brands must provide and set up their own promotional equipment.