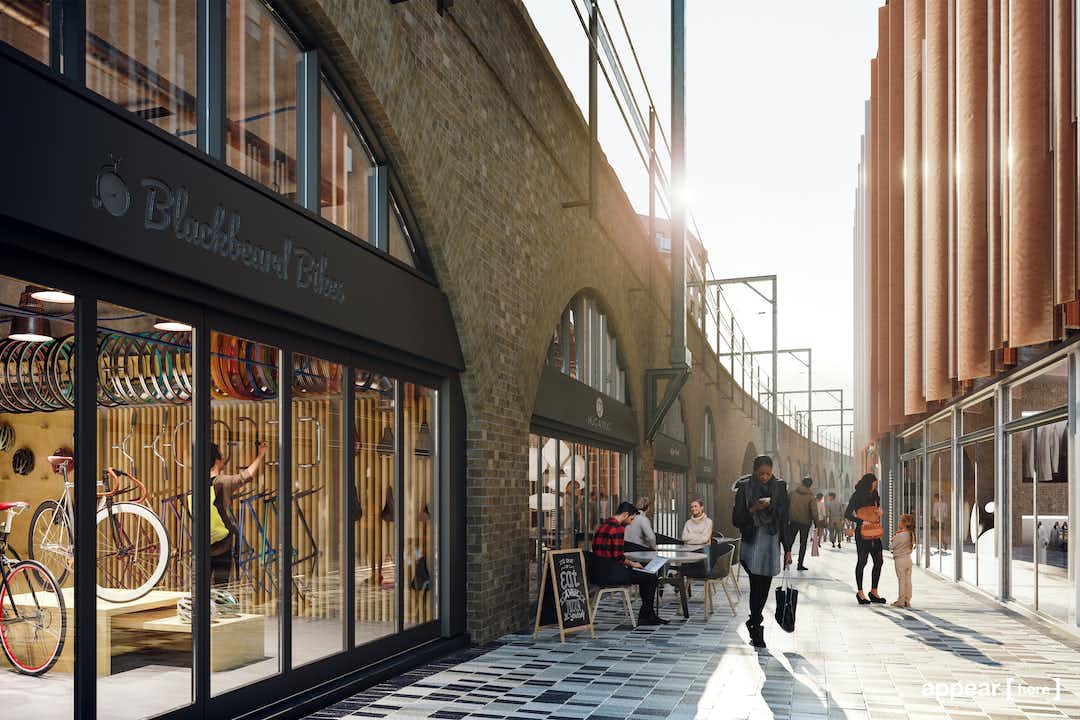 Hawley Wharf is a brand new mixed use development in London’s vibrant Camden Town, situated opposite the world famous Camden Market. Water Lane is a newly created destination high street on the edge of Regent’s Canal. This space is located in converted railway arches, which have been white boxed to a high standard. Water Lane is well connected, with entrances from Camden High Street, the King’s Cross tow path along Regent’s Canal, and Camden Road Underground.

Camden is ranked as the 7th most popular destination in the UK, with an annual spend of £100m+. With popular attractions such as Roundhouse, Koko, Jazz Cafe and Underworld, the area attracts a creative audience, seeking culture. Big brands like Asos and Associated Press have their HQs in Camden.

Your neighbours include up and coming independent brands, such as Article Clothing, Sugar + Style, Sknfed and KoKo Art. F&B attractions include Rudie’s Jerk Shack, 2 Lads Kitchen and Chingon. With further exiting operators soon to open.

Please note all external signage must be approved by the landlord prior to lease commencement.

All internal walks will be subject to landlords approval.

This is a really exciting opportunity to be part of a brand new development that'll be fully operational by Spring 2022.

Let's talk - Full information on the scheme available upon request.