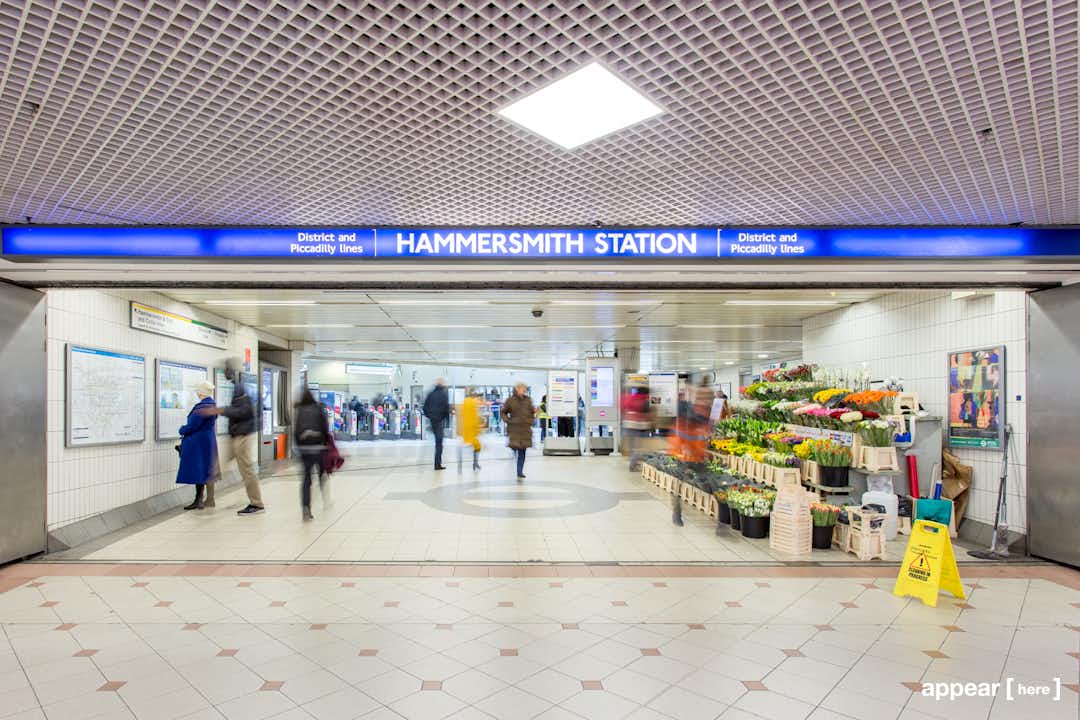 A thriving business district, Hammersmith is home to the head offices of Sony, Coca-Cola and L’Oréal. This pop-up experiential space inside Hammersmith station (serving the Piccadilly and District lines) can get your brand noticed by some of the 40 million people who pass through each year.

Hammersmith station is surrounded by shops, cafes and bars where office workers spend their hard-earned cash. Weekday rush hours are busiest as the surrounding offices fill up with workers, but the area’s multiple entertainment venues – the Lyric Theatre, the Apollo, Riverside Studios – sees crowds after work and on weekends.

The station leads into Broadway Shopping Centre, which houses a host of high street brands including Oliver Bonas, Accessorize, M&S and JD Sports, as well as coffee shops Starbucks and Costa.

No parking at the station, deliveries are made via the shopping centre.

Storage may be available upon application.

This is a unique space inside the ticket hall of the station. Brands must provide and set up their own promotional equipment.