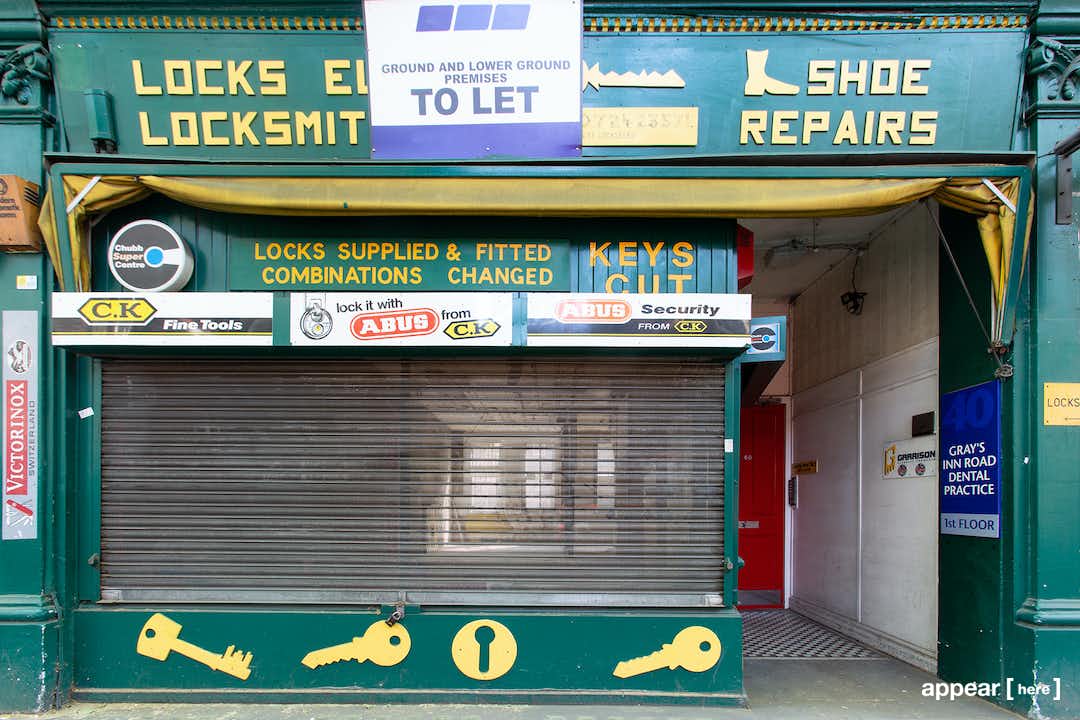 Home to one of England’s four Inns of Court, this busy Bloomsbury thoroughfare is a hub for lawyers and barristers, as well as being a major route for commuters and tourists making their way to the City from King’s Cross and St Pancras. On the stretch between Chancery Lane and Theobald’s Road, this shop to let needs some serious work (although the basement is in great condition), but will put you opposite Gray’s Inn itself, and a stone’s throw from Chancery Lane station.

Your busiest times will be during the week, especially mornings and evenings as people head to and from the offices and chambers that surround Gray’s Inn Road. At lunchtimes, you’ll see people popping out for food and coffee from Konditor, Catalyst and Sano, both nearby; Catalyst also attracts an evening crowd thanks to its cocktail and craft beer menu. Weekends are much quieter, and some of your neighbours will be closed. Chancery Lane station is a minute’s walk.

You’ll be in between a hair and beauty salon and a branch of Cards Galore. Over the road is the 16th century Gray’s Inn legal chambers and gardens.

The ground floor has had a lot ripped out and needs work done to the walls and lighting. However, the landlord might be happy to offset some rent for this.

The security shutters can be a little stiff to open.