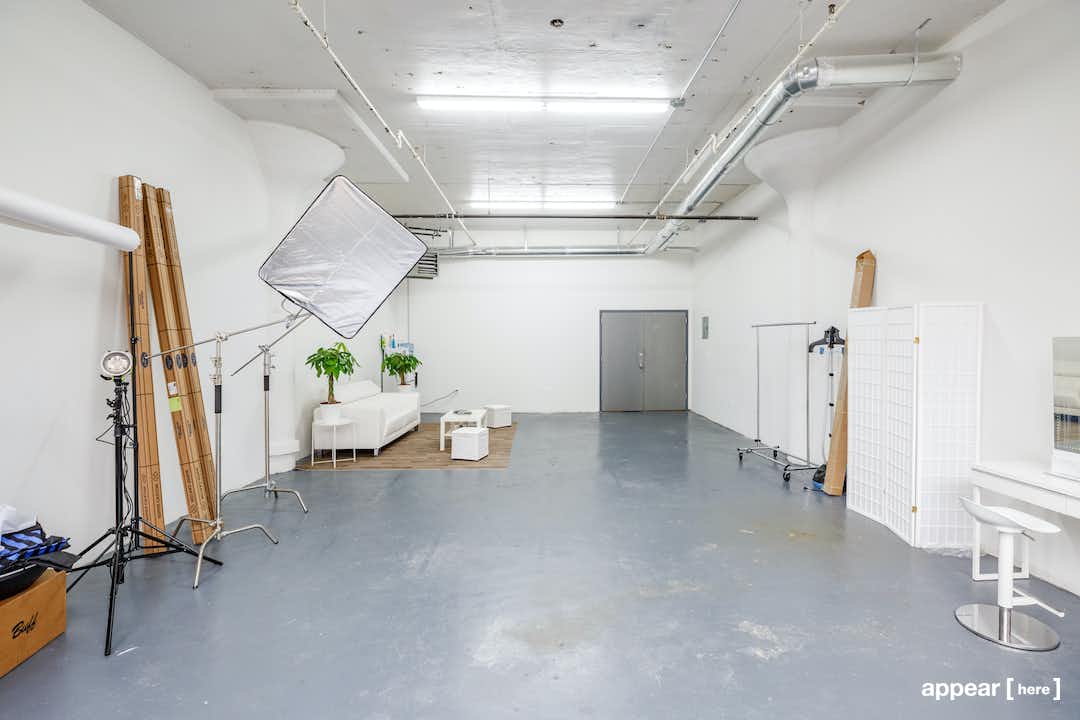 Just northeast of Bushwick and East Williamsburg, Maspeth is an old-school part of Queens, industrial and affordable. There are great diners and Irish pubs, and this photo studio or event space to rent, complete with a nice waiting area and plenty of natural light.

Maspeth is mostly long-term residents, although being so close to Bushwick and a bit cheaper, it’s seen an influx of new residents recently. TV shows and movies often film in the area due to its true New York Feel. The B57 stops right out front, the Jefferson L is less than a mile away, and the Queens-Midtown Expressway (I-495) is a short drive away.

You’ll be in good company with other photo and art studios in the building, and restaurants like Pronto and Drunken Fish Sushi nearby. The Clinton Diner, which was used in the film Goodfellas is about a 15 minutes walk away, as is the trendy House of Yes venue.