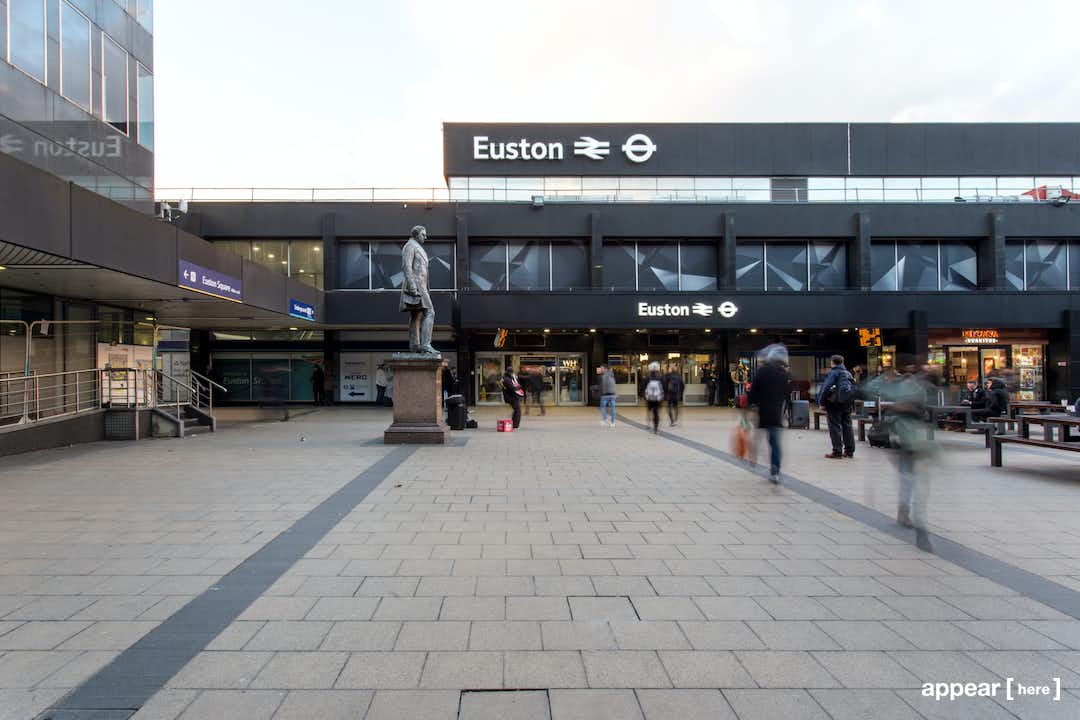 Euston station is an impactful destination to promote your brand, with over 113 million tube and rail commuters passing through every year. Inside the underground ticket hall, this experiential space covers the London Underground gate line and the National Rail station. There's room for 4 people to promote by roaming.

Nearby universities, museums (including the Wellcome Collection) and the British Library attracts students and tourists. Euston station is busiest during Friday evenings as everyday commuters are joined by those heading in or out of London for the weekend.

As well as Pret, Café Rouge, Ed’s Easy Diner and Nandos out front, the Euston Tap is close at hand to keep travellers and real ale enthusiasts happy. Inside you’ve got railway station staples such as M&S Food, Upper Crust and Camden Food Co., which serve nearby office workers, too. The Body Shop, Paperchase and Accessorize have small shops on the concourse.

The ticket hall is on the small side so there's no space to set up promotional equipment. There'll only be space for 4 people to distribute by roaming.