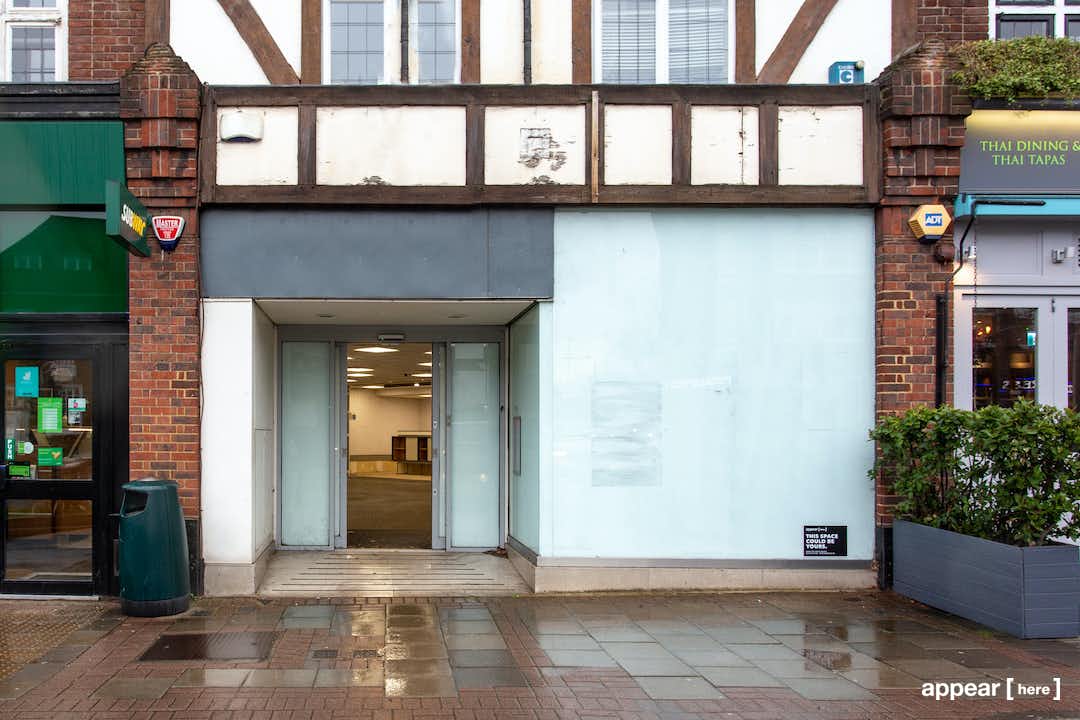 Esher has long been popular with the rich and famous thanks to one of the UK’s best know racecourses, Sandown Park, which has its home here. Today, the town is known for its cosmopolitan vibe, and is a popular destination among shoppers near and far. The high street has everything, with a host of unique boutiques, restaurants and quirky coffee shops, and this spacious shop to rent couldn’t be in a better spot. Previously a bank, the space has a large glass frontage and consists of several rooms as well as a parking spot at the back.

Nestled on the old London to Portsmouth road, 14 miles south-west of central London, Esher is an affluent neighbourhood and its vibrant high street attracts shoppers from around south-west London as well as well-heeled locals. The high street is busy with shoppers most afternoons, with large crowds on Saturdays. Most visitors are local residents here who come to shop, grab a coffee and see what’s new.

Next door, Red Peppers is a popular neighbourhood restaurant for Italian cuisine, and just across the road is an Everyman cinema. The rest of the high street is filled with a mix of upmarket homeware shops like Farrow & Ball, designer boutiques and independent coffee shops, as well as the high street staples like Boots and Rymans a few doors down.

Original tiles behind plastering can not be removed

The space has been stripped out but will require a little TLC before launch day.