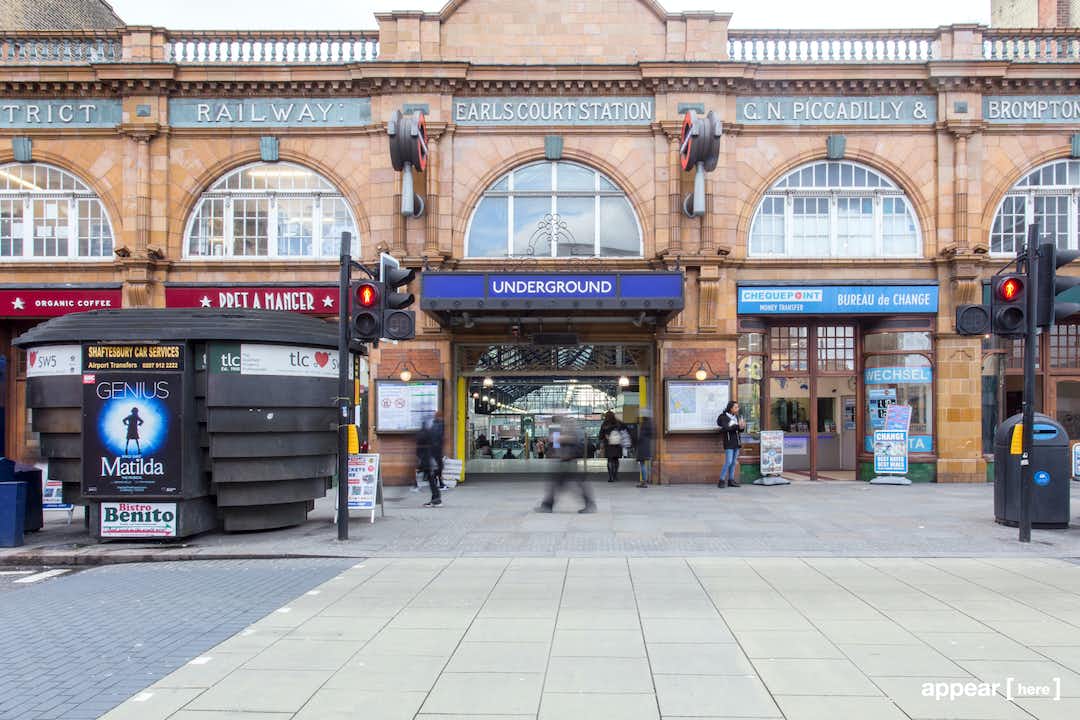 Earl’s Court has undergone a great deal of regeneration and is now more like its upper-crust neighbours, Kensington and Chelsea. With over 20 million people passing through Earl's Court station each year, this pop-up experiential space in the ticket hall is an impactful spot to draw attention to your brand.

Well-to-do office workers will make up a large part of the morning rush hour crowd. During major events, Earl's Court station is a popular gateway to Olympia exhibition centre. The many surrounding hotels and hostels bring in plenty of tourists and travellers. Late-night spots like The Blackbird pub (one-minute walk) and the speakeasy Evans & Peel Detective Agency (a four-minute walk) attract quite a crowd come Friday and Saturday evenings.

Outside the station, there’s plenty of food and drink chains including Zizzi, Nando's, Byron and Pret A Manger, as well as stores like Ryman and Holland & Barrett. A smartphone repair shop sits inside Earl’s Court station.

No parking at the station but deliveries are permitted outside of the station before 07:00. Pay & Display thereafter.