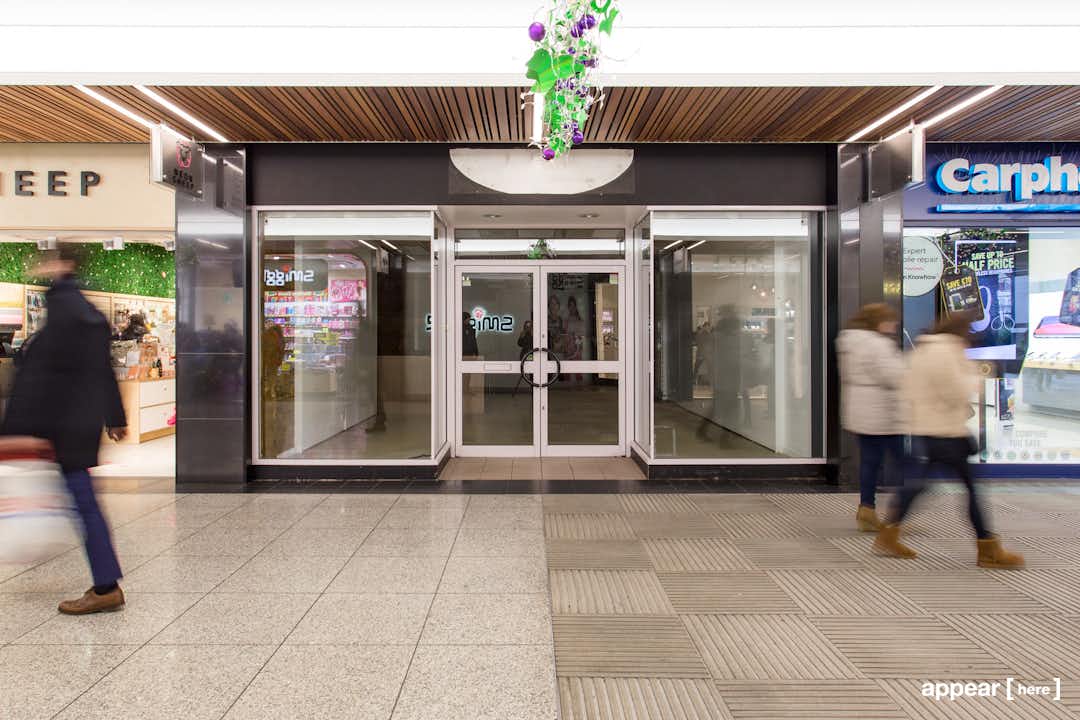 Stately, leafy and home to the world’s oldest film studio, Ealing isn’t known as “Queen of the Suburbs” for nothing. Ealing Broadway Shopping Centre has been serving the affluent local community for over 30 years, and its recent refurb has made it an even more attractive prospect for both retailers and shoppers. Located on the ground floor, this large shop to let comes with fitting area at the back and a large basement space for storage and deliveries, with a door opening out into the centre’s loading bay.

You’ve got roughly 6,000 office workers based in Ealing Broadway, so there’s a big lunchtime crowd as people escape their desks to grab some food or retail therapy, or head to the gym upstairs. Weekends are the busiest as families check out the centre’s mix of chain stores and independents before eating out in one of its many restaurants. The Town Square is home to the annual Christmas market as well as food and activity pop ups throughout the year. The centre’s large car park and proximity to Ealing Broadway tube (two minutes’ walk away) gives visitors easy access.

It's all big names around here. You’re across from Pandora, H. Samuel and colourful stationary store, Smiggle. Next door, there's the gift shop, Neon Sheep, and a Carphone Warehouse. Also around you on the ground floor are New Look, Waterstones and Tesco.

Fit out plans to be approved by the landlord.

The lighting in the basement (not pictured) is currently not working, but it can be easily fixed.