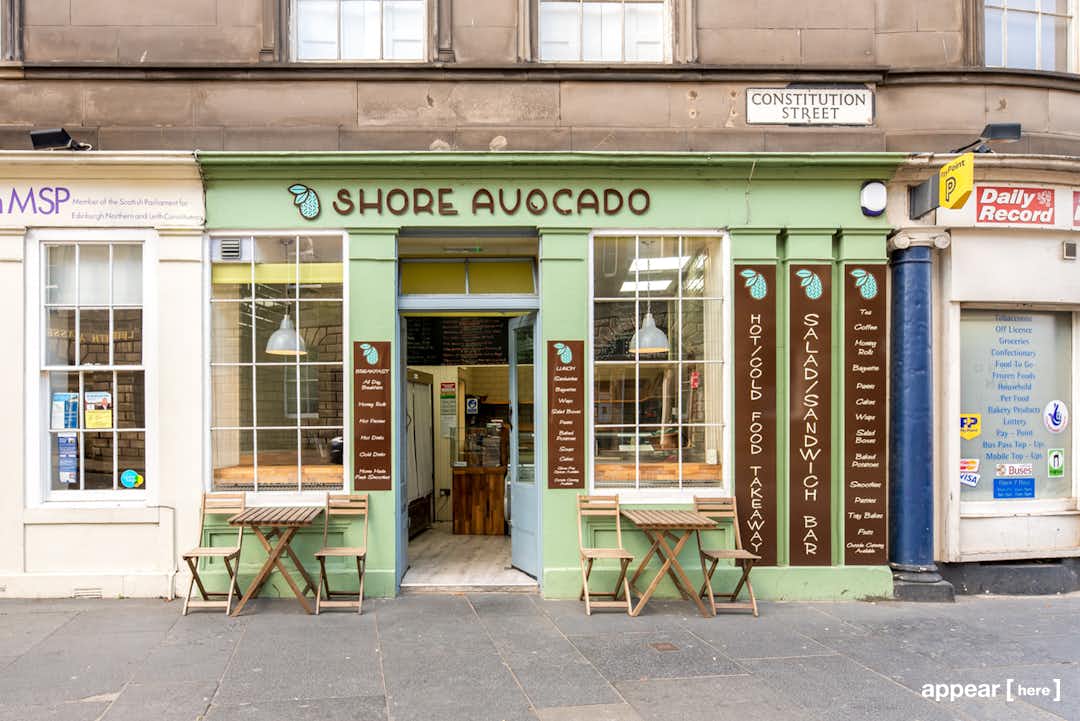 This buzzing port neighbourhood is now a hub of indie businesses, cool bars and eateries encompassing everything from Michelin-starred restaurants to gastropubs and grab-and-goes. Close to Leith’s swanky Shore area, Constitution Street is a pretty parade of pubs and eateries, including this smart, well-equipped café.

As Scotland’s answer to Shoreditch, Leith is a hangout for creatives, young professionals and an increasing number of tourists making the short trek from the city centre to stay at the likes of boutique B&B Wallace’s Arthouse, opposite the shop. Home to the Michelin-starred The Kitchin and Restaurant Martin Wishart, Leith is a destination for food lovers who’ll come to Constitution Street to dine at the likes of Nobles Bar & Restaurant and Chop House Leith.

The shop is in between a convenience store and politician Ben Macpherson’s constituency office. Over the road are the Assembly Rooms, home to Wallace’s Arthouse B&B. Nearby businesses include designer lingerie shop Odyssey Boutique, popular cafés Printworks Coffee and Rocksalt, and dining destination Nobles Bar & Restaurant.

This space isn't right in the city centre, so make sure you spend time promoting your launch beforehand to draw crowds to your door. The space is for flexible use and the landlord is happy to remove the equipment if needed.