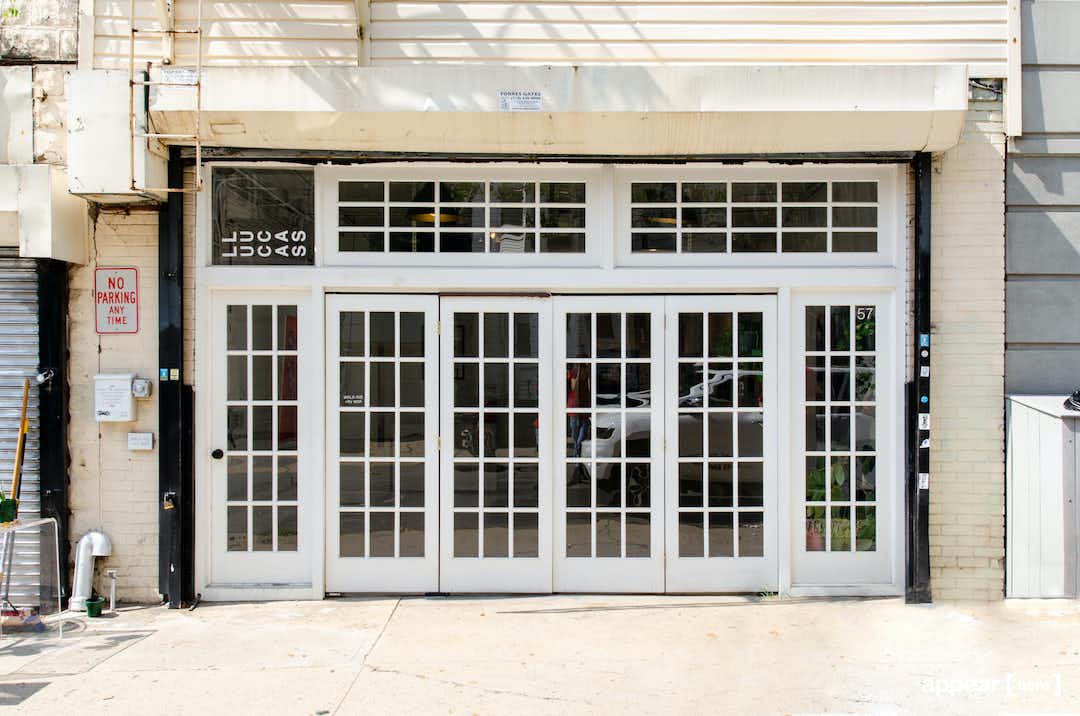 At the centre of artsy, trendy Williamsburg is this event-ready retail space for rent. The white box aesthetic and display lighting make this an ideal spot for special activation or brand launch.

There is a mix of casual dining, bars, and the occasional experimental art crowd. Weekends aren’t particularly crowded, though the comedy club and theatre down the street draw good crowds. Other than commuters passing through, weekdays will mostly consist of off-duty employees heading to their local haunts. Two bus stops are just outside this space, leading down to Lorimer Street underground station.

Next door, there’s an office equipment store and a floral studio. A little further down the street is The Brick an experimental performing arts theatre and The Brooklyn Comedy Collective. A local deli and grocery, bars, and quick bite options round out this neighbourhood.

This street isn’t known for retail, so there isn’t a ton of foot traffic.