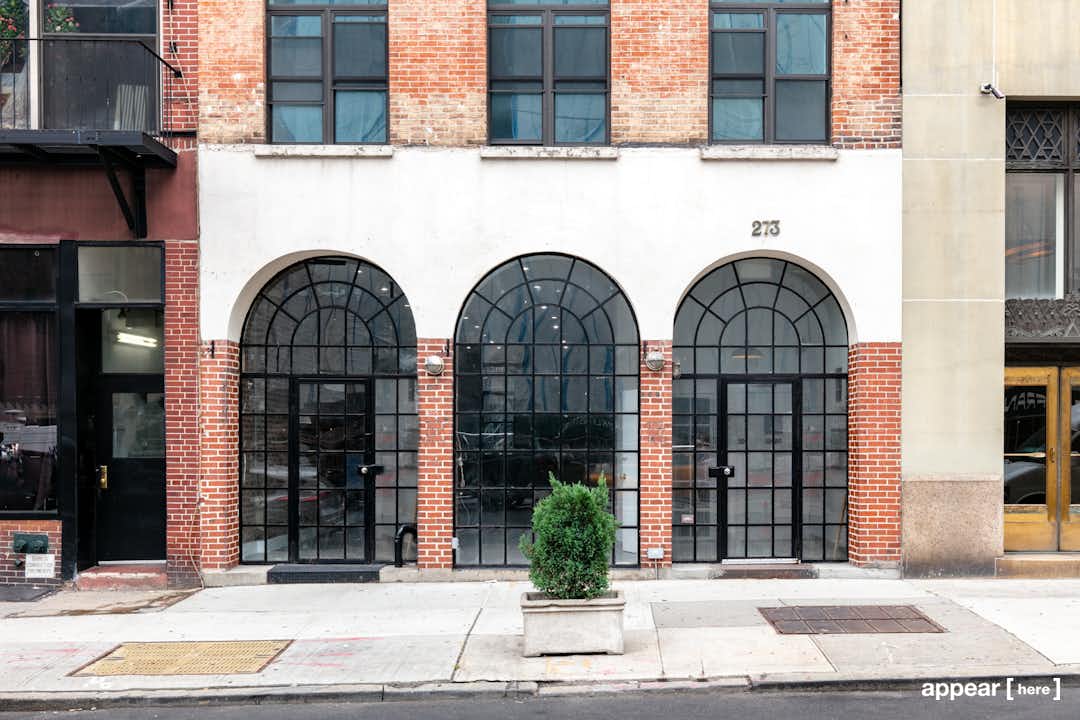 Once known for its industrial red-brick structures, Tribeca is more commonly associated these days with celebrities and film premiers. Sitting on Church Street is this event and retail space for rent. It’s divided into four floors, each section fit for purpose, including a retail-ready ground floor and a rooftop that comes with a garden.

It’s all about the high-end entertainment and film culture in Tribeca. Cinephiles and casual movie-goers alike are a common sight. Church Street is connected to the famous Roxy Hotel nearby, where visitors to the Tribeca Film Festival like to congregate. This space is also surrounded by high-end retailers and plenty of dining and coffee options, so the footfall will likely be at its highest during the weekends. Franklin Street underground station is just two streets over.

Neighbours include other retailers such as Steve Allen, Egg New York, Ted Muehling, and Best Made Company. There are also plenty of eateries around, including Two hands and Shoji at 69 Leonard Street.

Renting out the entire space will cost more.