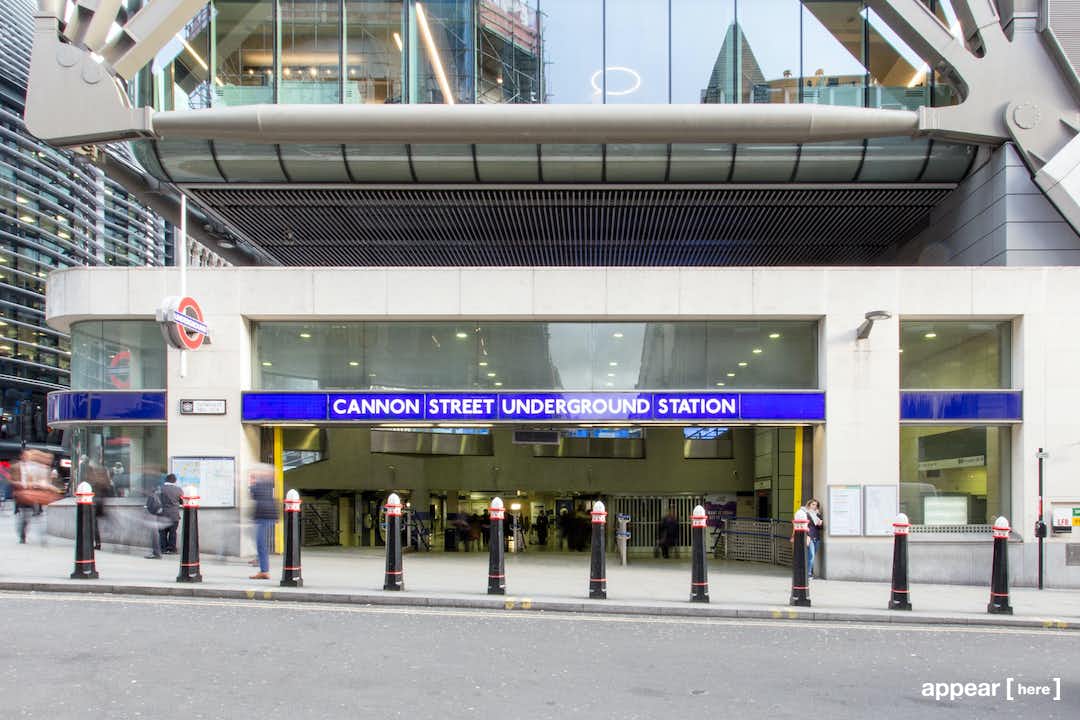 London's hottest new dining destination, The Bloomberg Arcade, has just opened opposite Cannon Street station in one of the oldest parts of the City. It may be seeing all the action - with Caravan, Homeslice and Bleecker Burger in the line-up - but things are happening inside Cannon Street station, too. Within the ticket hall, this experiential space for rent makes a great spot for creative retail. Set up by the stairs and roam across to engage with some of the nine million visitors passing through each year.

Investment banks, software companies and insurance agencies are abound in this area, so the crowd is mostly working professionals, Monday through Friday. Aside from weekday commuters, tourists and foodies are drawn to Cannon Street by the Bloomberg Arcade (on the other side of Cannon Street).

Over the road on Dowgate Hill is The Skinners Hall, a 17th-century guild house and events venue. The station is surrounded by eating and drinking hotspots, including Smiths of Smithfield’s second steak restaurant on Cannon Street itself.

Parking available on Cloak Lane opposite the station, deliveries are permitted outside the station before 7am.

No power on site.

Possible room for storage behind the control room, subject to quantity.