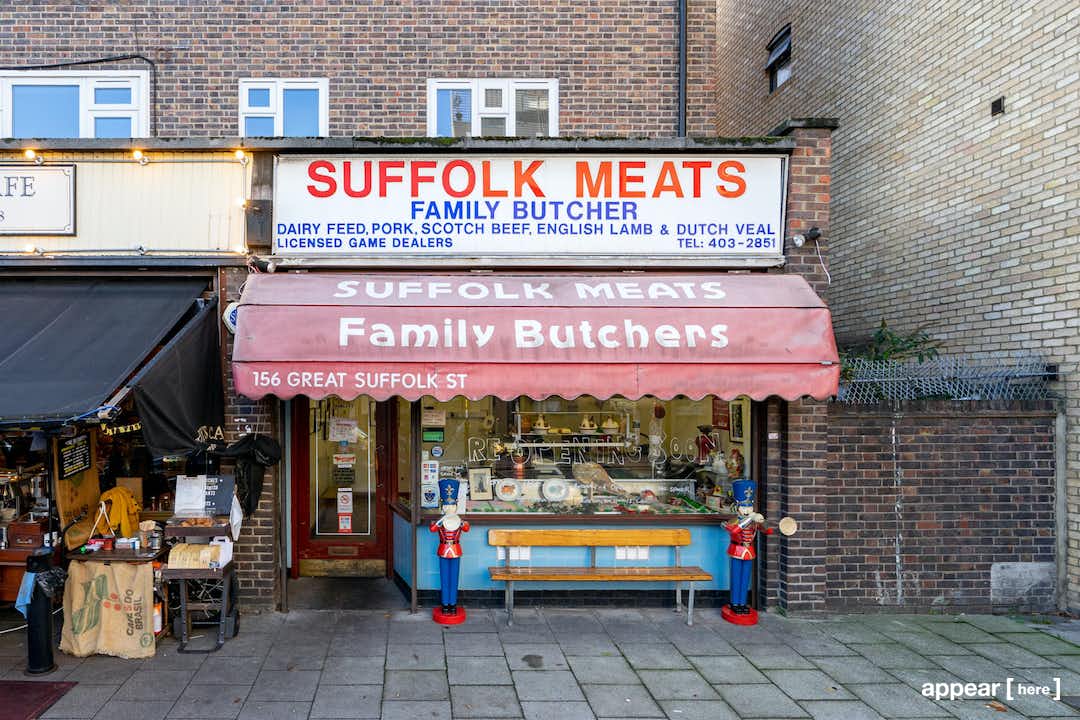 Snaking through a part of south London known for its food and arts scenes, this Southwark street has plenty of old school charm – and this section near Borough High Street is proof of that. The traditional cafe, grocers and barbershop here are well-used by locals and the many who work in the area, and this shop to rent will put you in amongst them.

Although Tate Modern and Borough Market are nearby, you’re a little off the tourist trail here; most of the people you’ll see during the week will be local residents and workers from surrounding offices - including architecture firms, construction companies and design studios. On weekdays, Terry’s Cafe next door does a roaring breakfast and lunch trade, and is even busier at weekends. After working hours, ties get loosened in The Libertine pub over the road. Borough station is a five-minute walk.

Next door, Terry’s Cafe is a bit of a local institution – here since 1982, this family-run eatery prides itself on using locally-sourced produce. Jeff’s Barbers is two doors down, and you’ll be in a row of independent businesses that includes a florist, bicycle repair shop and greengrocers.

This used to be a butcher's shop so it will need to be transformed for retail.

You're not in a high-end location but it's a cheap space.