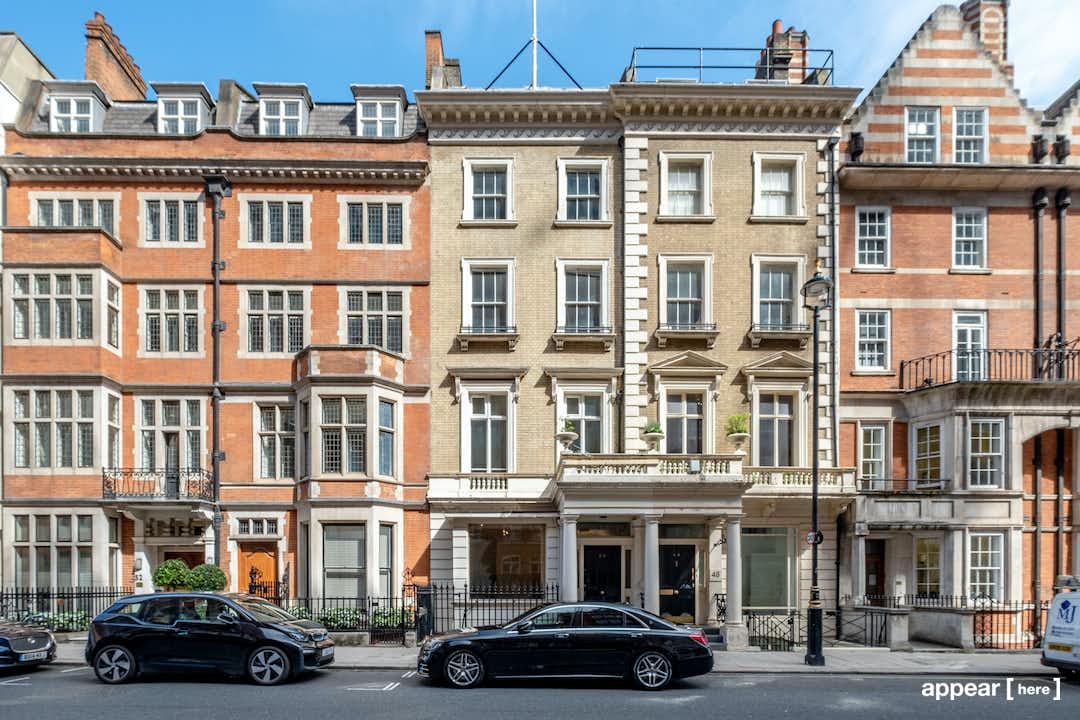 Mayfair is known as one of the most exclusive corners of London. Just South of Oxford Street, the area is populated with luxury hotels, designer retailers, and bespoke tailors that date back to the 19th century. Located on Brook Street – which has boasted celebrity residents including Jimi Hendrix and Handel – this space to rent is perfect for luxury brands seeking a show space or room for offices and appointments.

The locals of Mayfair are affluent and trendy, but the neighbourhood also attracts tourists, shoppers, and workers all through the week that keeps the crowd mixed. Shops and offices are busy during the day, while the bars and hotels give Mayfair a buzz on the evenings and weekends.

The balcony of 50 Brook Street overlooks the famous Claridges Hotel. International Embassies and agency offices can be found to the West, while Brown’s designer clothing store and highly-rated Japanese restaurant Ikeda sit to the East.

This space is based on the first floor, so not suitable for brands who rely on passing foot traffic or need to be spotted from the street.