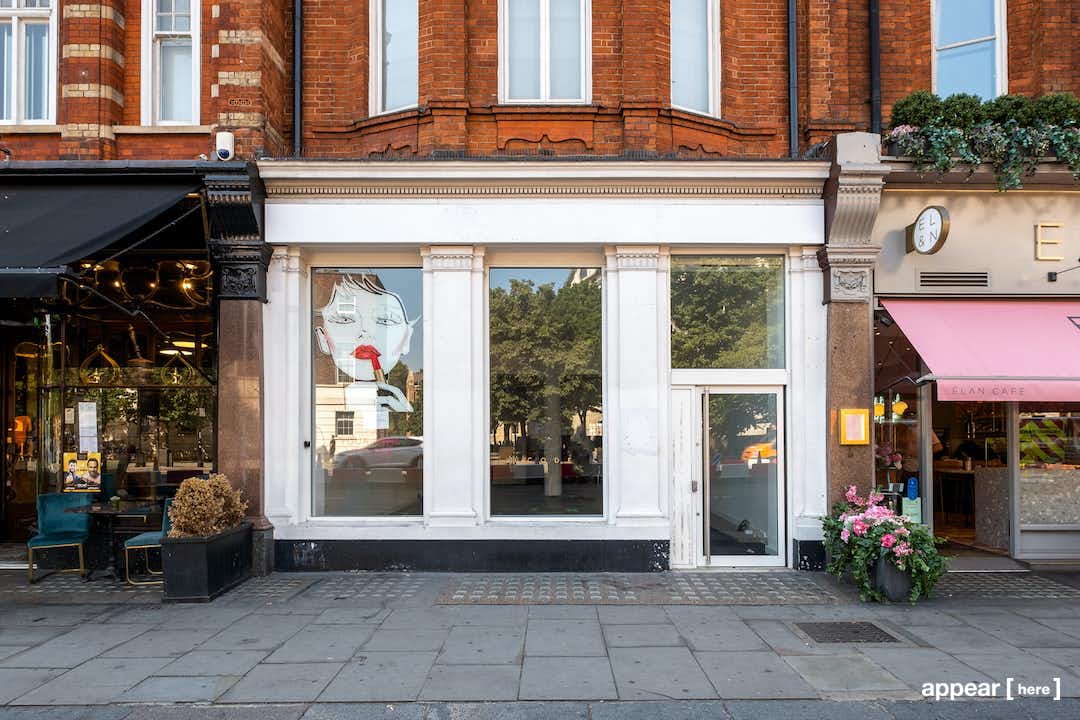 Home to Harrods and a host of designer boutiques, Brompton Road is one of the capital’s most exclusive and sought-after shopping streets. This large retail space is a great spot opposite the V&A to show off your brand to Knightsbridge’s affluent locals and visitors.

Brompton Road is where some of London’s wealthiest inhabitants rub shoulders with equally well-to-do tourists and sightseers. It’s busier during the day than in the evenings here, although the cafés to either side of you attract diners until late in the evening. Saturdays are the busiest days for brunch and a stroll around the shops. South Kensington station is a six-minute walk.

You’ll be in a row of cafes and eateries with Café Ore and the often Instagrammed EL&N as your direct neighbours. This is also a bit of a hotspot for Italian furniture designers, with Molteni&C Dada’s new Knightsbridge showrooms and Divertimenti’s UK flagship both nearby.

This space really is big, so it won’t suit everyone.