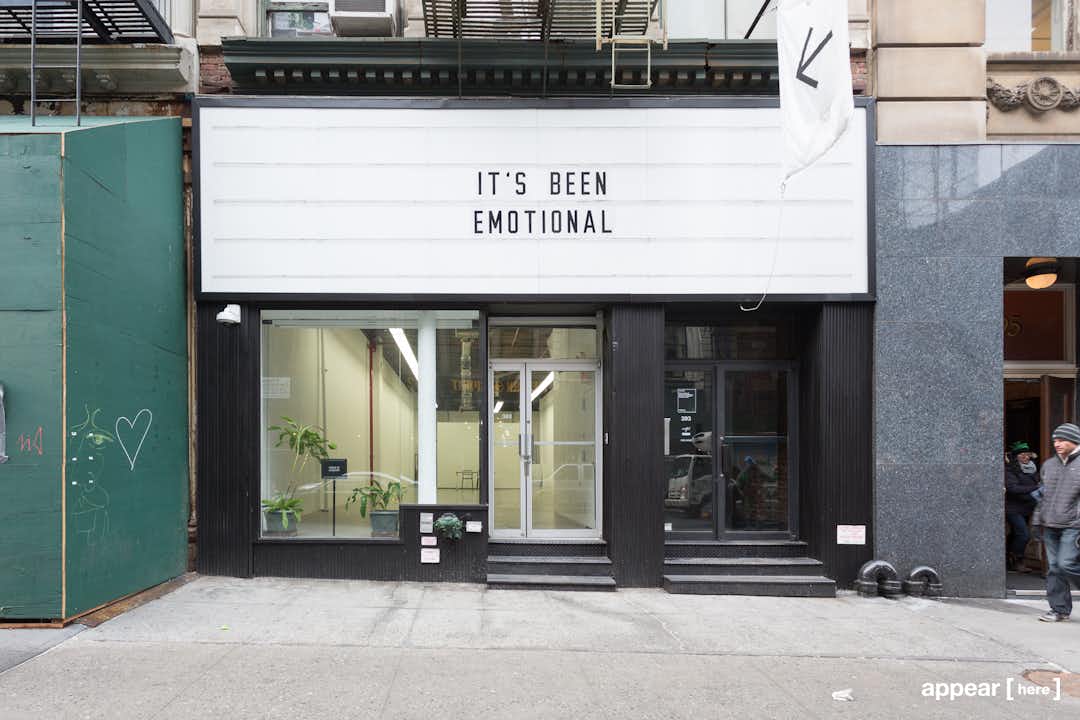 Canal Street is a vital part of downtown New York City, and the intersection of Broadway and Canal has become a highly trafficked spot packed with commuters, culture seekers, and consumers.

On this busy corner is a space that’s attention-grabbing - not just because of a large customizable billboard above its entrance. Behind the large ground-level window is a long, art studio-style, all-white interior. The stark-white walls contrast with the old-school-NYC painted tin ceiling and rustic concrete floor. Overhead fluorescent lights brighten the flexible space that includes a moveable partition and plenty of storage.

The space is surrounded by lots of retail shops including the popular Chinatown stalwart Pearl River Mart next door. Several trains are within two blocks, including N/Q/R/W and 6 trains.

This space is in good to go condition if your aesthetic is pared back, otherwise it may need some minimal decoration.