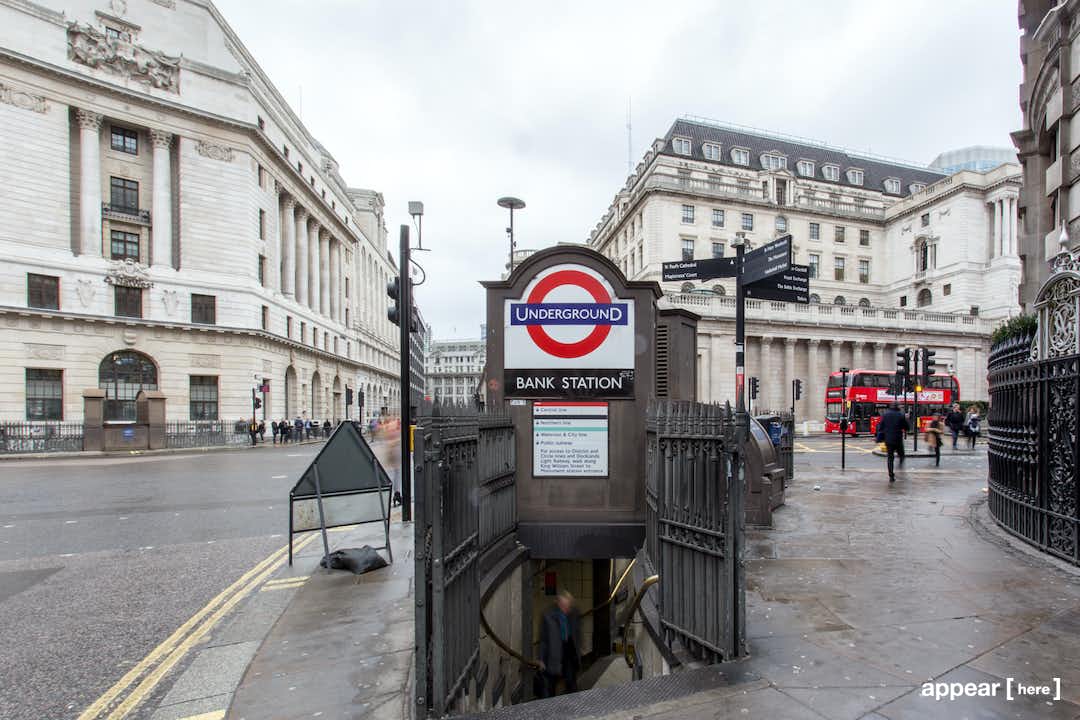 Launch your activation or experiential idea beneath London's Square Mile, inside the interlinked Bank and Monument stations (the network's third busiest interchange). The Ned, London's coolest new hotel, recently opened its doors next to the station. This space is placed within the passageway serving the Northern Line and the DLR.

Located in the City, Bank and Monument stations see over 65 million annual visitors. City workers, government officials and busy Londoners commute to and from work or come and spend their evenings at world-class places like The Ned with its mix of bars and restaurants.

This station is surrounded by banks, government offices and law firms as well as a host of popular restaurants and high-end boutiques. Louis Vuitton, Penhaligon's and Omega can be found on one side of the station, and on the other are fine dining establishments like Coq D'Argent and 1 Lombard Street. The famous Guidhall Art Gallery is two blocks down.

Parking is only available at Exit 5 on the Monument side via Lombard Street or Fishstreet Hill.

This is a unique underground promotional space inside the ticket hall of the station. Brands must provide and set up their own equipment.