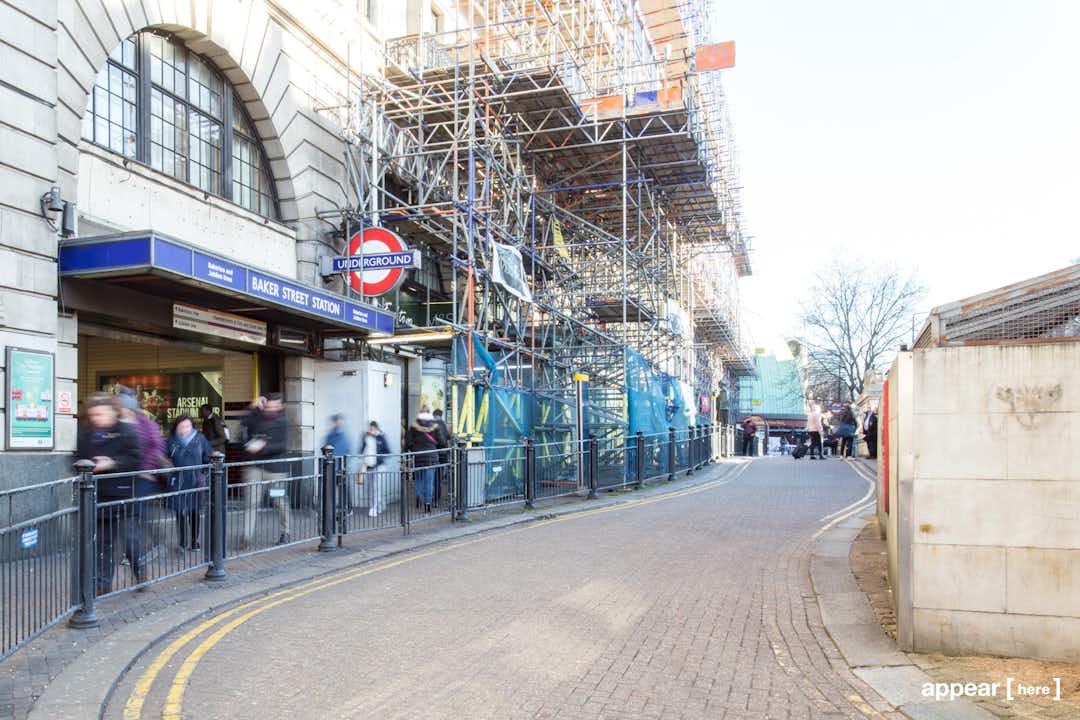 Baker Street station is the gateway to the prestigious Marylebone, Regent's Park and tourist attractions like the famous Madame Tussauds wax museum. Make an impact inside this bustling station with this unique experiential space for rent on the left corner of the Bakerloo and Jubilee line ticket hall (the unpaid side).

Baker Street station has the most London Underground platforms of any station on the network, with over 30 million annual visitors. Located next to Regent’s Park and surrounded by famous landmarks like The Wallace Collection, The Landmark London hotel and The Sherlock Holmes museum, Baker Street Station is one frequented by tourists as well as Marylebone's affluent residents.

Baker Street station is sandwiched in between Madame Tussauds and The Sherlock Holmes museum and surrounded by a host of chains and high-end restaurants such as Orrery for French fare, Fischer's for Austrian, and OPSO for Greek-inspired cuisine. The station entrance is next door to Boots and Yo! Sushi. The ticket hall is also home to a selection of other small shops.

Promotional equipment to be housed in an ‘L’ shape.

This is a unique promotional space inside the ticket hall of the station. Brands must provide and set up their own equipment in an 'L' shape.