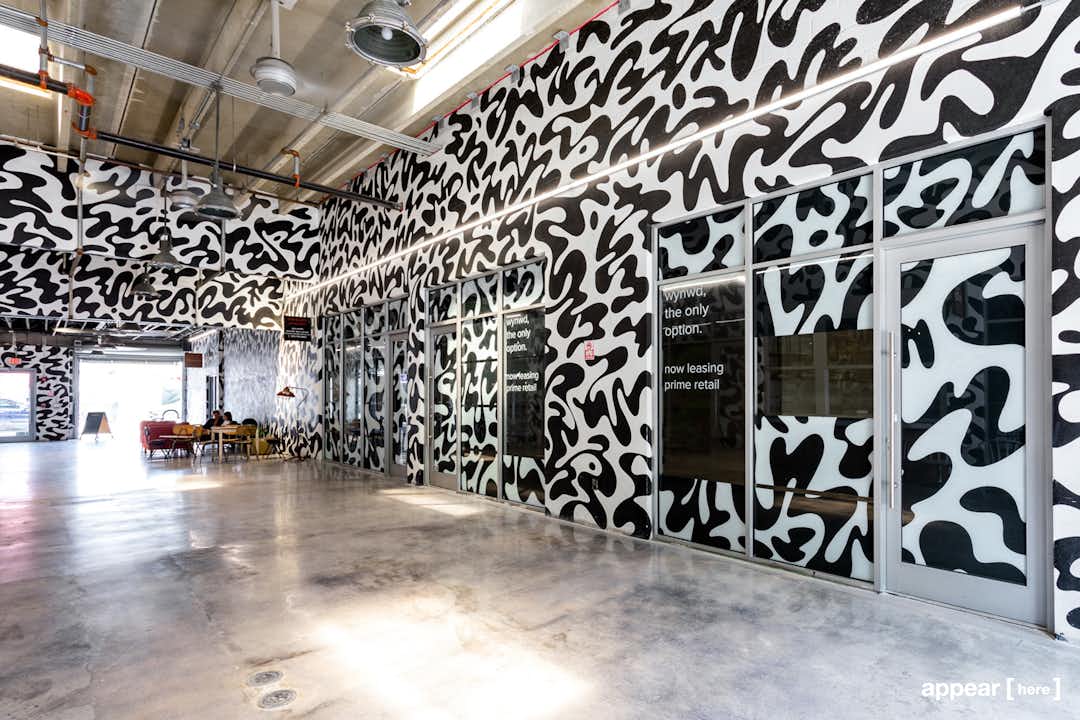 With independent bars and restaurants and a constantly growing art scene, Wynwood maintains its status as Miami's trendiest district. Wynwood Block is located on the busiest streets in Wynwood. This massive retail space to rent opens on to an interior walkway. It's a large, bright space that includes an artsy reception area and multiple entrances.

Wynwood’s atmosphere is owed in equal parts to a growing dining scene as well as the increasing number of aspiring creatives. You can expect weekends to be your busiest days for foot traffic, but the Wynwood Walls directly opposite attract large numbers of tourists year round.

Your direct neighbours are internationally known Aesop, Le Labo, and ILLIMIT MIAMI. Further down the street, you can find a range of bars and cocktail clubs that attract the tourists and locals such as Wood Tavern, Brick and BAKAN. The main draw to this area is the creative atmosphere with the Wynwood Walls and Art Fusion Galleries close by attracting the crowds.

The space has three entry doors so you may need to get creative with your layout to make it work.