What are the big retail trends for 2018?

The world of retail never stops moving: continuing advances in technology, increased consumer choice and AI, mean companies have to innovate to stay relevant to the customers of the future. So brands take note, here are the trends we think will go big this year.

While direct-to-consumer (D2C) trading is hardly an emerging trend, 2018 looks to be the year it enters the mainstream. An early success story was Dollar Shave Club, who were bought by Unilever for $1 billion in 2016. Dollar Shave Club’s business – delivering razors and shaving products direct to customers for rock-bottom prices – is just one of many that have boomed recently through D2C. Its benefits are clear: no middleman hovering up the bottom line; customer information logged and free to utilize at a later date; fully tailored brand journeys that a third party can’t mess up with outdated technology or hidden shipping costs. Brandless is another D2C success story, ready to dominate 2018. Flagged in some quarters as a Walmart for millennials, they sell unbranded everyday essentials for a flat price of $3. With success stories like these, you can be sure more will follow.

No one knows hype better than the $1 billion streetwear brand Supreme who, since opening a New York store in the 90s, has established a fevered fanbase that queues through the night for their logo-emblazoned clothes. How has this happened? Exclusivity. The company drops limited edition lines every Thursday and when the items sell out – which they always do – they’re gone. Not only has this created legions of devoted Supreme fans and collectors, but inspired a community of second-hand sellers and buyers who think nothing of dropping their savings on the latest wavy Supreme garms. This limited run approach has been adopted by further streetwear brands like Palace, and is set to blow up as companies seek to build mystique and buzz through cultural exclusivity. Expect limited runs, one-off drops, surprise releases and last-minute Instagram announcements. See you in the queue.

The machines are coming and that’s okay

AI might not be revolutionary as an overarching concept but 2018 will be the year that it adds true value to the retailer and customer. Take, for instance, the Amazon Go concept store that opened in Seattle, where shoppers pay via an app that recognizes and charges them for the products in their basket. Soon visual recognition tools will recognise shoppers as they enter stores, enabling a customised shopping experience for every buyer. Online, we’re already seeing chatbots used through applications like Facebook Messenger; these will become increasingly intelligent and able to adapt more readily to each customer’s unique demands. Real-time analytics will be able to drill down into the usefulness of humans versus robots and inventories will no longer be susceptible to shrinkage as everything is managed and maintained by the machines. Ageists might not approve of AI but resistance, it seems, is futile.

Millennials, snowflakes, Generation Y-ers…whichever term you wish to ascribe to the pre-eminent generation of consumers, they’ve never been so socially conscious. Brands, whether multi-national, multi-billion dollar behemoths or single-person start-ups, are increasingly aware that being aligned with positive causes is not only good for the planet, but for their bottom line as well. Over the last year we’ve seen Starbucks committing to hiring 10,000 refugees, while outdoor clothing maker Patagonia launched a campaign to save the Bears Ears national monument in Utah from Donald Trump-led decimation. On a local level, companies like Crack + Cider and FEED are battling to help the homeless and hungry in London and New York. But it’s not a guaranteed win: Pepsi sought to inspire societal change on a local level through its 2010 Pepsi Refresh Initiative, but canned it after sales slumped dramatically. The key to successful activism is clear: be sincere, both to yourself and your customers.

We’ve never been more aware of the numerous ways brands can damage the planet and its people. Therefore it’s not surprising that sustainability is rising – like the oceans – as a key trend. Fashion brands have grabbed headlines, with Everlane’s commitment to ‘radical transparency’ ensuring consumers know exactly where their new cashmere sweater was made, who made it, and even how much Everlane is making on each purchase. Restaurants are also getting in on the act; Brighton’s Silo makes its own compost as part of its commitment to zero waste, while Sweetgreen now has over 70 stores and espouses sustainability as a core value: “make decisions that last longer than you will,” it writes on its website. 2017 was also, arguably, the year when the world woke up to plastic waste with the annual consumption of single use plastic bottles set to reach a shameful half a trillion by 2021. Hopefully, more large scale brands will follow Unilever’s lead. The company, which counts Dove and Persil amongst its stable, has committed to making all of its plastic packaging fully reusable, recyclable and compostable by 2025.

Walk into any co-working space in Shoreditch, Stockholm, Berlin or Williamsburg, and you’ll find them all encompassing two things. 1: their dedication to local artisan coffee. 2: the absolute sanctity of collaboration. Collaboration is that unique thing that enables you to trade a little of your skills to open the door to a wider audience. Collabs in the fashion world are now de rigeur, with key partnerships last year including Adidas with Pharrell Williams, Louis Vuitton with Supreme, and Calvin Klein with the Andy Warhol Foundation. But the possibilities extend well beyond the world of clothes: whether it’s GoPro with Red Bull (who famously partnered for the ‘Stratos’ stunt that saw adventurer Felix Baumgartner jump to earth from space) or Ford with, uhm, Tinder. The possibilities are endless for brands to collaborate and conquer. 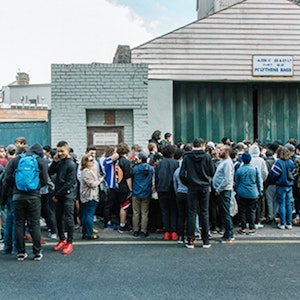 What are the big retail trends for 2018?

Brands take note, we look at the trends poised to go big in the world of retail 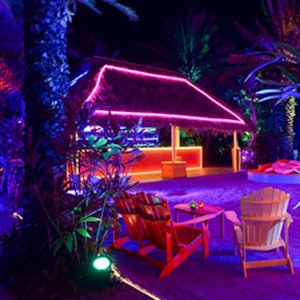 Here are the brands that nailed the retail game and went viral while they were at it.