The Future of Department Stores

When you have a shopping itch to scratch, you’re only a few clicks or taps away from virtually anything on your list. As a result, many top department stores are crumbling under the weight of an outdated and cumbersome business model. Macy’s, the nation’s leading clothing retailer, recently announced plans to close 100 stores in 2017. The days of driving to the mall, foraging through a maze of messy shopping racks in a fluorescent-lit room, and leaving frazzled — or worse, empty-handed — are gone. People now expect more than a hard-fought transaction from the shopping they don’t do online.

But for those department stores and shopping centers willing to evolve, there is hope. Where some failed department stores have left vacancies, savvy landlords see an opportunity to cater to modern shopping habits and transform their spaces into compelling retail experiences. And not all department stores are falling behind — Nordstrom, for example, has been outperforming its competitors by quickly adapting to the changing retail landscape. With a little ingenuity and flexibility, the big names can get on the right side of retail.

Many shopping center owners are starting to embrace short-term retail ideas like pop-ups as a solution. By offering flexible leases and assistance to brands looking to test out retail without the risk and burden of a long-term lease, shopping centers can keep their store line-up fresh, generate buzz, and get new brands and people flowing through their doors.

These short-term set-ups can range from kiosks to pop-up shops to full-on retail stores, and can last from just one day to a few years. In 2014, the Simon Property Group partnered up with the style site Refinery29 to create the “Shopping Block,” a series of one-day block parties at six major malls across the United States. Visitors could shop both local and national brands like UNIQLO and H&M at the pop-up, as well as participate in special events like beauty bars and giveaways. This partnership helped Simon gain relevance with young and style-conscious urbanites who would normally view malls as dated and suburban.

Popular online brands looking to build their offline presences are another target for these spaces. Customers already know these brands from the web and want the opportunity to engage with them in real life. One example is the online jewelry brand BaubleBar, which opened its first retail store in the Roosevelt Field mall on Long Island, just a few miles outside of New York City. And some online brands like Bonobos are even striking up wholesale deals with established department stores like Nordstrom to expand their visibility. When hot online brands bring their offline experiences and momentum to malls, the rising tide lifts all boats.

Creating a Sense of Place

In order to attract a steady stream of shoppers, department stores need to create spaces that inspire, not spaces that are merely venues for selling and promotional activity.

The first step is being where the right customers actually are. With luxury shopping growing at an unprecedented rate in New York City, Neiman Marcus decided to get in on the action with their first Manhattan location. Other big retailers like Saks and Nordstrom are following suit. Big cities are here to stay, and big retailers need to be there to remain competitive.

But simply having a good location won’t suffice. By investing in strategic curation and merchandising, stores like Nordstrom are creating real incentives for people to visit their store locations. The retailer recently launched SPACE, a multi-city shop-in-shop curated by Olivia Kim, the company’s Director of Creative Projects and a former executive at the ultra-hip fashion brand Opening Ceremony. SPACE features products from emerging and advanced designers in a boutique setting that competes directly with real boutique shops. Giving their stores special sections like this allows Nordstrom to create a feeling of small-scale intimacy in the midst of a huge department store.

Once people are through the door, department stores have to convince them to stick around. When Saks Fifth Avenue renovated their flagship store in New York City, they added amenities like a restaurant, a bar, a personal shopping section, and loads of natural light — all things that encourage people to make themselves at home. By offering entertainment and a more inviting place to hang out, these department stores can kick their reputations as drab relics from a bygone retail era to the curb.

Mending the Physical and the Digital

Department stores won’t grow by competing with technology, but by embracing digital tools and using them to enhance the in-store experience.

With Nordstrom’s “Text to Buy” program, customers can text back and forth with sales associates to get personalized style advice and make purchases that they can pick up in-store later. This takes the person-to-person interactions exclusive to physical shopping experiences one step further, leveraging technology to get even closer to customers and creating a way to shop the store… without having to do any browsing at all.

Can department stores survive ecommerce, the king of convenience? It won’t be simple, but by using space creatively and embracing new partners and tech, they stand a fighting chance. 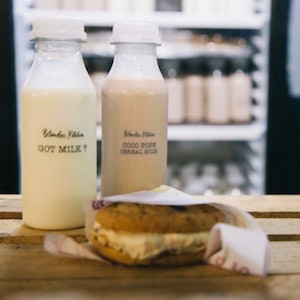 We chat to milk & cookies sensation, Blondies Kitchen, to find out how they made 10,000 sales in a 2-week pop-up 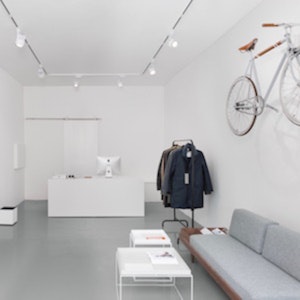 How Instrmnt blend design and retail

The Glaswegian design duo behind, Instrmnt, chat to us about the challenges of balancing design and retail