A few years ago, the hype around technology such as facial recognition and shoppable windows was deafening. We were told that features that could track or recognise customers to personalise the customer experience would revolutionise high street retail, and ultimately help bridge the gap with online retailers. But then GDPR happened and suddenly this type of technology became a lot harder to justify.

Hoxton Analytics believes it has the solution. Rather than providing technology that tracks shoppers via collecting data through their mobile phones, it provides retailers with smart cameras that are pointed at the ground. These are 95% accurate at predicting footfall and 80% accurate at predicting gender. And it claims this “unobtrusive” way of tracking customers which is built around looking at people’s shoes, is GDPR compliant while allowing retailers to vastly improve the ROI of their physical stores.

We spoke to Owen McCormack, the co-founder and CEO of Hoxton Analytics, about the idea behind this technology and what he believes physical retailers can do to close the knowledge gap with the online competition.

In May, the British high street delivered its worst performance in 12 years. What’s one of the biggest weaknesses of physical retailers right now?

Not getting the basics right. These retailers were in a rush to jump into technology such as geo-tracking and facial recognition before they even understood the basics of conversion. It’s as simple as understanding what percentage of people are buying something in store and how many people are walking through your door – most retailers don’t even have that information! How can you run a successful shop and not understand how busy the store is? As a retailer, it’s hard to increase your ROI with marketing if you don’t understand the basic factors that sit in between.

How can physical retailers close the knowledge gap with online retailers?

You have to start with the basics. If we’re talking about ecommerce then they know that page hits and how many people visit the website are a precursor to a transaction. They can then work out who didn’t buy something and work their marketing around that. Physical retailers need to work out what’s going on around their store, which they can do by having people counters or pedestrian analytics. These work hand-in-hand with baskets sales to create a pattern and provide invaluable data of what’s going wrong and what’s going right.

But surely this type of technology is a lot harder to justify now that we have GDPR?

It is. GDPR has made stuff like geo-tracking a lot harder to pull, but you can also do it in a non-invasive way. We provide cameras low down on the floor, which count footsteps and the number of people who walk past a store on the street. You can then correlate weather or your window display with business success and save yourself a lot of money. You can also work out which floors inside the store are the most popular or the split between male and female shoppers, as our technology can understand gender based on the type of shoe someone wears. GDPR means you cannot passively collect personal data without someone’s consent, so things like facial recognition and collecting email addresses is off the table. But all we do is look at the floor – a shoe doesn’t count as personal data.

Which physical retailers are getting things right at the moment?

The fast-growing glasses retailer Cubitts has grown from nothing to 15 stores in two years. Their senior team are exceptionally numerical and it’s so refreshing hearing them speak in comparison to the bigger players, who largely live in the past. I admire Burberry too as they deploy a test and learn approach and are keen to try new things. If you speak to people in ecommerce they have a completely different mindset to people in high street retail, but those two brands are exceptions to that. They are future retailers, who think in the same forward-thinking way as the Amazons of this world.

I sense success is just as much about having the right mentality as it is deploying lots of technology?

Exactly. The key differentiator is not so much about the technology you deploy but your attitude towards the numbers and optimising growth. It’s not like you can save an old high street retailer just because you have lots of technology. It’s about implementing a culture of A/V testing. When you talk to old retailers they believe everything is about understanding their proposition and gut feel; that’s why they’re dying. You need to create an environment where you can understand every moment of the customer journey and then optimise that around what is working and what isn’t working. 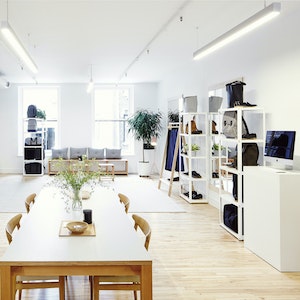 Let’s get physical: why digital brands are opting for brick-and-mortar stores

It’s not all about e-commerce – here’s why offline experiences should play a part too. 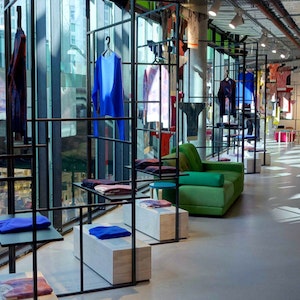 The top five in-store innovations that have got it right.