How to grow your restaurant business

In the age of Deliveroo and growing competition for footfall, how can you scale a restaurant business and what’s in store for the future of London’s food scene. This year has seen a record number of restaurant launches, yet four go out of business every day in the UK. So what’s the magic formula? Our conversation is taken from our October Underground Session, The Tastemakers, where we heard from: Will Bowlby, founder of Kricket, a Pop Brixton hit which has since launched three restaurants; Gemma Bell, Founder of PR agency Gemma Bell & Co (the group behind Ottolenghi, Trullo and Padella); Simon King, Director of Operations, JKS Restaurants (the group behind Trishna, Bao and Gymkhana); and Neil Frame, Founder of The Nudge magazine.

Don’t be seduced by a central location

In London, a ‘good’ site can vary by five metres, one should consider neighbourhoods further out of central London, because, after all, 30% of restaurants that launch in Soho fail. As Gemma put it: “Often clients are blinded by the footfall but these customers won’t be spending the ‘right’ money.” Whatever the location, you must consider your customers. “If choosing somewhere unusual, do your research. Look at who is in the area - residential and business. For example, Shoreditch is great but Islington is very difficult. In Hackney, it’s busy during the weekends but very quiet midweek.” Often the concept will mirror the location, so that doesn’t necessarily mean taking over an entire restaurant, as Neil stated: “The street food scene is really exciting but those concepts don't translate commercially to a full brick-and-mortar building so they’re looking at food halls or markets.”

When it comes to defining a good idea, the food comes first: “Never start with a novelty angle then build the dining experience as an afterthought.” Coming from a PR perspective, Gemma agreed the experience is king: “Think about consistent quality and don’t be too off the wall. Of course, the food matters, but it is about the overall experience.”

Define your vision before the launch

Famously, Will began his hospitality journey in India before bringing local recipes back to the UK and serving meals to friends in his flat: “We put in £50k of savings, which is cheap for a restaurant, but we wanted to keep the business entirely our own.” This decision granted him a certain amount of freedom: “If it failed, we could move on.” Not all food business owners are aiming for power and status, as Neil stated, this should be reflected in their goals: “What does success look like to you? You can raise a lot of money and use an investor to open doors in Soho or you could open your dream restaurant in Margate for a lot less.”

Alongside music and acoustics, Gemma confirmed light is the most important aspect when it comes to design, “and not just for Instagram,” she added. After discussing the success of Dishoom, Gemma explained how the size of the restaurant has become a part of the experience, but a small restaurant can work just as well. Similarly, Neil referred to the Hawksmoor as an example where the grand experience matches the sprawling space. However, he says new restaurants must be careful: “If you start small then take big risks and nothing works, social media and online reviewers won’t take to it.”

Remember that staff form the foundation of a business

Every expert agreed that people are pivotal in any hospitality business, as Simon remarked: “Experiences are dictated by the people in that environment. Invest in your staff like you would any other aspect of the business.” Controversially, he believes the staffing crisis could mark a turning point for the industry: “The UK has finally realised that it needs to change its approach. A conveyor belt of staff is no longer sustainable.” As for Gemma, first impressions are everything: “How much money your customers spend is up to your front-of-house team.” Adding onto that, a consistent team is hugely important to regular customers for rapport: “It’s not great if you go to your favourite place and the team is different every time.”

Tick off the ingredients of a good restaurant before marketing

Whatever budget you have set aside for PR and marketing, Gemma is adamant that a business shouldn’t scrimp on photography: “Get a professional, even if you’re only focusing on social, good visuals are key.” However, for Neil, savvy marketing is pointless without all the ingredients of a good restaurant: “The best form of marketing is to be amazing. Old fashioned word of mouth works if you’re authentic, well run, and engage communities. Really it’s simply down to two things: talent and location.”

Never lose sight of your roots

For those looking to scale, our experts concluded: “Stick to what you’re delivering and don’t waver too much from your original plan. Also, ask yourself if your team will support you all the way,” said Gemma. Echoing this, Will added: “Stay true to what you originally created then it’s a question of growing sustainably.” Doing too much too soon is a common mistake in the industry, which Simon recognised, and added: “Concentrate on the culture of a company and delivering your promises internally. If it’s about a group rather than one individual, you’ll have a greater chance of survival.”

Underground Sessions are a monthly fixture, be sure to check out all our events here

Thank you to our event partner, iZettle. 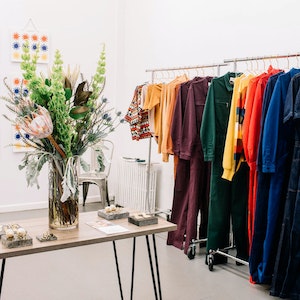 Making ideas travel: a pop-up is the passport for DTC brands

Temporary stores mean testing the market before settling in for good 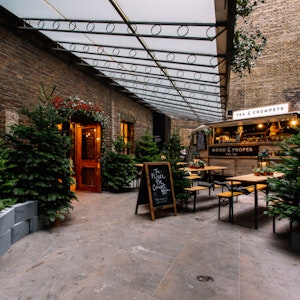 How to make the most of the holiday rush