This week: Let’s talk about Fem and Sextech, baby.

Sexual wellness. It’s a market poised to grow to $37 billion over the next two years. And just like any burgeoning industry, change has been afoot.

• Unsurprisingly, sales of sex toys surged during 2020. “That sex toy sales skyrocketed during a time of sickness, fear, uncertainty and social isolation has given brands and individuals in the sextech industry unprecedented insights into people’s relationship with sex,” reported Wired. And it’s a relationship that’s moved beyond just the goal of getting off, and towards the intention of improving their overall health and wellbeing.

• So what’s Femtech? That’s the term given to software and tech companies that address women’s health, without the sex-positive spin. “The market potential is huge,” said Michelle Tempest, a partner at healthcare consultancy Candesic. “There’s definitely an increasing appetite for anything in the world which is technology, and a realization that female consumer power has arrived – and that it’s arrived in health care”.

Venture capitalists are paying attention, with 2021 turning out to be a banner year for femtech deals, to the tune of $812 million invested.

In the parlance of our times: watch this space.

“Sexual wellness is extending its climax,” reported Glossy. Guess who else is paying attention? Retailers.

• “As humans who have given ourselves the social permission to include sexual wellness in our life, we are going to invest more in exploring and discovering that,” said Dominnique Karetsos, CEO of Healthy Pleasure Group. “I believe that sexual wellness and sexual health care will be reshaped from an online experience, but also from a physical, tangible perspective such as in retail spaces”. It’s not just luxury retailers who are buying into sexual wellness. You know it’s hit the mainstream when department stores start shilling suction devices.

• Maude – a sexual wellness darling and one of our very own Space for Ideas winners – is now selling its line at major U.S. retailers like Nordstrom and Saks. Bloomingdale’s is launching a sexual wellness shop featuring female-led, millennial-friendly brands like Dame and Fur. Walgreens is starting to stock Hims & Hers, a DTC brand that has built its name on selling sexual health products to millennials. “It’s time to shun stigmas, break boundaries and tackle those taboos around sex. Are you in?” cajoles Boots, the 172-year-old British chemist. Won’t be long until you see products like Healthy Hoohoo stocked at your local off-license. “In the past, people tended to focus on one area of human wellbeing. But the dialogue has changed. We have a more holistic view,” said Luka Matutinovic, CMO of Lelo, which makes high-end sex toys.

• 35% of Gen Zers in the U.S. are older than 18. Which means you’re ancient. It also means that the data is coming out on Z’s response to feminine health and sexual wellness brands and their marketing. “They engage with these products with a wildly different set of views and values compared to their millennial counterparts,” reported Glossy. Polly Rodriguez is the CEO of DTC brand Unbound, which sells products like CBD-infused lube. She’s noted the eagerness of customers – Z in particular – who want to read and write about sexual wellness, not just buy the products. They’re also pushing the conversation beyond gender, with one in four members of Z identifying as non-binary. Brands like The Black Leopard are responding in kind: creating gender-neutral sex toys and marketing them to the LGBTQIA+ community.

“Gen Z were breaking taboos, talking about fluid identity or identifying as non-binary and an awareness started to rise that we weren’t getting the intimacy or satisfaction we wanted,” said Chloe Mackintosh, founder of sexual wellbeing platform Kama.

Pleasure is for everyone. No matter how, or with whom, you like it. 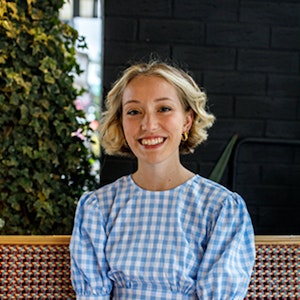 The Five at Five: Daisy Harvey 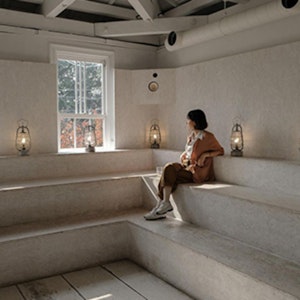 Neighbourhood guides: Live like a local in Gion, Kyoto

The most famous geisha district, littered with traditional Japanese culture. Here are the spots we recommend.