This week: England’s pubs and restaurants are given the green light, but the big question remains – what is the future of hospitality?

Jonathan Downey, founder of Street Feast food courts and Hospitality Union, said the impact of coronavirus – on an industry that employs 10% of the total workforce – has been “f***ing catastrophic.” According to a CGA survey, a third of Britain’s operators anticipate permanent closure.

In what Bloomberg called “the biggest gamble of his premiership,” Boris Johnson announced the reopening of pubs and restaurants from July 4th – although the prime minister warned against “writhing scenes in the beer gardens.” Many establishments have already been flooded with bookings, but some are putting off re-opening until later this summer.

· With “one-metre-plus” as England’s new safety measure, hospitality businesses have 10 days to figure out how to implement 45 pages of guidance, including mandatory data collection for contact tracing – weird there’s no app for that. Among the banned behaviours: no singing or raising of voices, and definitely no dancing.

· It’s table service only, but what happens when being tête-à-tête is deemed dangerous? The Times suggested that sushi bar-style dining “may become a fixture,” with side by side seating required where tables cannot be spaced two metres apart.

· Across the pond, New York City has entered phase two, and restaurant operators have questions. “There’s no guidance. Dining is heading for the wild, wild West,” said David Berson, co-owner of Brooklyn steakhouse Peter Luger, who is planning on setting up picnic tables in the parking lot.

When the dust settles, who will be left standing? Andrew Rigie, director of the NYC Hospitality Alliance, told The New York Times: “This is a time, in some cases, where if you’re a neighborhood restaurant and you rely on people who live in the community, you may fare a bit better.”

Eater editors of the NY, LA, and London editions sat down to discuss their predictions for food’s future. London’s Adam Coughlin anticipated a concentration of closures in the West End’s fine dining scene. LA’s Matthew Kang hoped for the adoption of more sustainable business practices.

NY’s Serena Dai was optimistic about the industry’s ability to reinvent, saying: “A lot of really creative people... have been working their asses off innovating.”

· Shoreditch’s Brawn is resurrecting as a local grocer by day, with an online offering of “Brawn Made” prepared meals or “Brawn Sourced” ingredients. In a move that is perhaps more revealing of the tastes of their neighbourhood clientele, they’ll even sell vinyl from their favourite record labels.

· Greenpoint’s Glasserie is improvising with selling everything from “bottles of olive oil to toilet paper.” They’re focused on reaching loyal diners directly ­­– sending out several emails a week. “We wanted to drive as much of the business to ourselves in the hopes that when this is over, we’ll keep that business,” said owner Sara Conklin.

· Immediately after London’s lockdown, David Abrahamovitch focused on his Grind at Home coffee subscription service. Aaron Caddel, owner of Mr Holmes Bakehouse in California, is now selling home-baking kits. He told Courier: “It was a question of meeting people’s needs in quarantine and what life looks like after. What’s going to outlast this is food innovation and improving people’s quality of life.”

A permanent shift in the landscape is something that Dai also pointed to: “I think that a lot of the business models that people have started during the pandemic will probably continue even after there’s a vaccine and things ‘return to normal’.”

For one of the most affected industries across the board, Covid-induced uncertainty will be unrelenting. It’s the trusty local spots that will be agile enough to adapt intelligently to the evolving needs of their patrons.

The role of a restaurant is being reimagined. For the ones sowing seeds of change – the field is wide open. 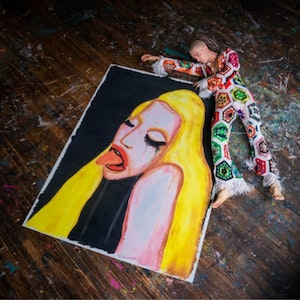 The Five at Five: Patrick Church 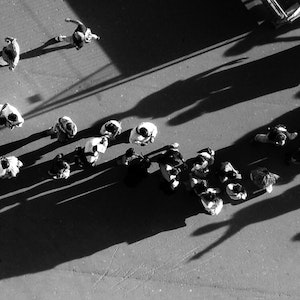 The Week Here: From fashion to food, what the big ’uns can learn from small businesses.